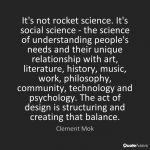 It’s been a great couple of days for getting angry email from people who deny social realities. Take it away, Robert!

PZ, there is a reason that the social sciences are pseudo science, fake science. I was floored by the fact that you so naively believe the utterly laughable assumptions of proponents of implicit bias. The reason you do this is not because you trust that the science is rigorous, rather because it fits your political predisposition and naturally anything that does that will be supported by you. Ellen chose Usain Bolt because he just happens to be the fastest human that has ever lived. Had that human been a blonde man from Sweden, guess whose back Ellen would have been riding. It wouldn’t have been Bolt’s. I know it’s difficult for knee jerking alarmists and SJWs like you, but please start to consider the fact that not everything that involves white and black equals racism. Certainly your kind can find any wacky social science theory to “prove” anything you want, but that’s precisely why this kind of “science” is often mocked. One example is an SJW or feminist claim that men who are not sexually attracted to overweight women are “fattists,” while at the same time other wacky social theories claim that men who are attracted to overweight women are “fetishists.” Either way, the man is bad. Similarly, SJWs like you like to be able to paint your biases with the brush of fake science theories, such as in the case of Ellen Degeneres. PZ, do us all a favor and stay in a real science lab and stop lifting the banner of pseudo science. I know that your political biases will make that impossible for you to do, that no amount of evidence would be enough to overcome your silly passions, but whatever.

Social scientists study the most complex phenomena we know of. That means there are mistakes and false starts, but they are also trying to drill down into extremely important processes for us human beings. If we’re going to accuse anyone of bias and distortions its the people who deny the existence of implicit bias. The reason I accept it — and really, I’d rather believe that I was a paragon of egalitarianism, but all the evidence says that we all do have bias — is not because of my political prejudices but because good, robust, experimental evidence has shown it.

For example, I recently had training in how to recognize implicit bias, and here are a couple of excerpts from the presentation. This is perfectly adequate scientific evidence that it exists, and that is the reason that you should not deny it.

“The Impact of Gender on the Review of the Curricula Vitae of Job Applicants and Tenure Candidates: A National Empirical Study,” (Steinpreis, Anders & Ritzke, Sex Roles, 1999)

These are relatively easy studies to do, because it’s not hard to keep a lot of the variables constant. Use exactly the same résumés or papers, just change the names or one little detail, and send them out and count the responses. It’s been repeated and confirmed multiple times. It is not a surprise that there exists a bias against blacks, gays, and women, yet it has been tested and demonstrated scientifically.

Let’s call it like it is: people like Robert are science denialists. I might go even further, and say he is an obvious-reality-in-front-of-your-nose denialist, no better than a flat-earther or creationist.

What about Ellen and her photoshopped image riding Usain Bolt? It may surprise Robert, but I agree that she chose to make that image because Bolt really is fast, not because he is black. She quite likely even likes and respects him, and it wasn’t made because she has a bias against him. However, what it does display is a lack of awareness of history and the treatment of black people in America. She may like Usain Bolt, but she sent a message to every black person in American that she’s ignorant of the context, and we’d all like to think better of Ellen Degeneres.

What if the photo had included a leash tied with a hangman’s knot, and Bolt was carrying a watermelon? Would that finally convince you that maybe an image can transmit an ugly message with deep connections to a terrible, evil history?

And no, us SJWs agree that “not everything that involves white and black equals racism”. But we’re also aware of shades of gray, and unlike Robert, don’t think we should totally erase the real problems with a good coat of whitewash.

That “fattist” stuff is just plain weird. I’m going to guess that Robert is an MRA, whining that those dang feminists want to make him have sex with fat girls, who are icky.

I can say with authority — an evo psych kook recently declared me King of the SJWs, and he must be right — that SJWs don’t think anything like that caricature Robert invented.

Here’s the SJW position, as near as I can make it. Everyone is different, and everyone has different sexual preferences. Despite my status as SJW royalty, I don’t get to dictate to you or anyone else what you find attractive. I think you’ll also find that social scientists can confirm for you that human beings do consider physical appearance when making mate choices. Being choosy about who you will have sex with is perfectly normal, and doesn’t make you “bad”. There are about 7 billion people I haven’t had sex with, and have no desire to have sex with, and that’s OK — I’m pretty sure they won’t take this gaudy crown away from me if I fail to have passionate intercourse with everyone on the planet.

Also, relax, Robert: no SJW, fat or thin, is going to force you to have sex with them, or call you mean names if you don’t. This is a non-problem. And because we recognize the diversity of human sexual desire, I can assure you that maybe, somewhere, there is someone who is turned on by ignorance and bigotry, and who weighs just the right amount, and you too can have a mutually fulfilling, voluntary, close personal relationship with them, and we SJWs will all be happy for you.

However, SJWs do object to something here: you don’t get to judge the humanity of someone on the basis of their BMI. You shouldn’t discriminate against people who are over- or under-weight. I’ll also suggest that you’ll have stronger relationships with other human beings if you interact a little more deeply with them — and no, asking them to hop up on the bathroom scale you haul around with you everywhere does not count as a significant interaction.

For someone who so eagerly donned the mantle of the arbiter of good science and who demands “evidence!” before he’ll abandon his bigotry, I notice that he provided none and will no doubt ignore the evidence I provided.

But that’s fair. I’m going to ignore Robert forevermore myself. I know, this is unconscionable, because how can I make that decision when I don’t even know how much Robert weighs?

This thread is just for Ellen » « Wil Wheaton disliked it, too