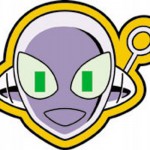 I’m leaving for Minneapolis later today, and I’ve been planning out my panels, like a responsible participant. Here’s what I’m doing:

The Reproducibility Problem: How Serious is it?
Thurs 12:30 Atrium 2

There’s been a lot of discussion about the ability to reproduce experiments, especially in the social sciences. How serious is the problem? What can be done? Panelists: PZ Myers, Vernon McIntosh, Laura Okagaki-Vraspir, Peter Larsen, Topher Hunter (mod)

This one could get heavy: it’s all about statistics. Contrary to the description, I’m going to focus on the cancer reproducibility project, because this isn’t just about those fuzzy social sciences — it’s about any field with an extremely complex data set and a fair amount of individual variability.

What Does God Need With a Starship?
Thurs 2:00 Atrium 4

From the Christ-like figure of Superman to the metaphysical adventures of the Enterprise, fantasy and science fiction have long explored religious and philosophical questions. What is it about SFF that touches our spirituality? Panelists: Amanda Larsen, Cetius d’Raven (mod), PZ Myers, phillip andrew bennett low, Kristina Halseth

My role on this panel is to cross my eyes and make gagging noises every time someone says “spirituality”. No, not really, I’ll be nice. My points will be a) science fiction celebrates naturalism, and effectively undermines religious myths, because every time a supernatural being is invoked, they’re treated as a complex material phenomenon rather than magic, and b) SFF doesn’t touch our spirituality, it touches our humanity. Humanism FTW.

Cultures worldwide have different myths and legends about twins. How much can science explain? Do twins share a special connection that transcends scientific understanding? This panel will explore myths and facts about twins. Panelists: PZ Myers, Kathryn Sullivan, Windy Bowlsby

The mention of confirmation bias in the title suggests to me that we’ll all be resonating on the same wavelength (like twins!), so really, it might be fun.

What are the dreams and practicalities of colonizing space? How might humanity reach beyond our planet? We’ll discuss the science of human spaceflight in reality and fiction. Panelists: Emily Finke, Ryan Consell, Nicole Gugliucci (mod), PZ Myers

As the biologist on the panel, I’ll be there to bring everyone down to Earth. I don’t think “colonizing” is at all likely or practical — we’re not going to establish stable, self-sufficient human populations on other moons or planets in our solar system. We’re just not that adaptable, and the environments are just too hostile. The only possibility is radical genetic modification, in which case the ‘colonists’ won’t be human anymore, and they’ll probably reveal other defects in human potential.

But I still think we ought to be out there: exploration and temporary scientific colonies are a good idea. There is also the possibility of extracting useful resources, but the economics of that seem a little far-fetched.

If somebody suggests that we need colonies to ensure the future of the human race in case of catastrophe, I might just explode, which would be entertaining.

Look at that, though: I get all the work done on Thursday and Friday, leaving the weekend totally free for fun. I’d take credit for my genius, but I didn’t plan out any of the timing, so it’s all by chance.

It’s also science-heavy, which is great. I thought about signing up for some of the more bookish fiction panels, but man, there were a lot of people volunteering to get up on the stage for those (some had a dozen people vying to get up there, and that’s just too many for a good discussion).