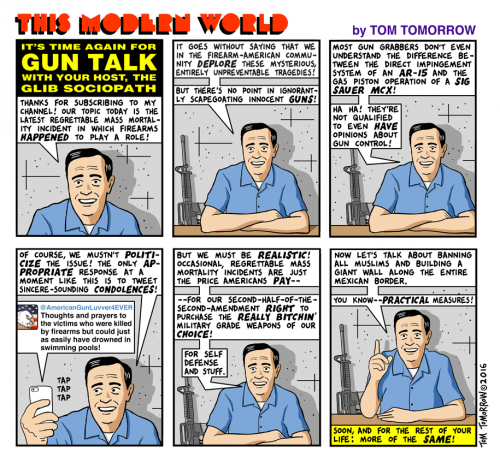 But, you ask, how do I recognize a Glib Sociopath, the better to obey their authority? That’s easy. They usually put an “R” after their name.

I agree that that bill is problematic: when being put on the terrorist watch list seems to be a matter of whims by conservative law enforcement officers, being a “suspect” is a damned poor excuse for suspending a privilege. But I also have no doubt that the same people are against closing the gun show loophole, or requiring reasonable background checks or waiting periods, and think a history of domestic violence is not grounds to deny someone a gun.