Take a look at these heat maps of reported cases of various diseases, with the time of introduction of vaccines marked, and you tell me. 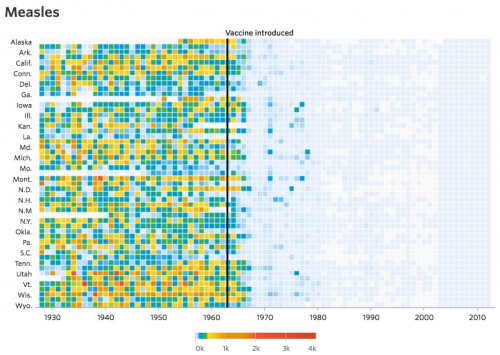 The “moment” of fertilization? » « I have not seen or heard #lemonade