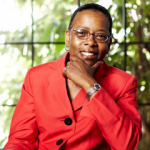 For some reason, the rumor sites are all emphasizing the fact that she is a black lesbian woman, rather than the real shocker, that Obama isn’t installing another far right wackaloon in the slot.

I don’t know that I trust this rumor, but if true, it would show that Obama is completely out of fucks, which would be awesome.

Sorry to confuse you all — there is no good evidence for any specific choice anywhere. I’m just amused at the headlines that all babble about “black lesbian woman”, and you know that when Obama does deliver a choice, unless it’s a “white heterosexual man”, the headlines will all be entirely about the person’s color, sexual orientation, and gender.

Why is this commercial bad? » « Seven billion problems, and declining fertility isn’t one of them