This ad was run in the Minneapolis Star Tribune. I’m pretty sure it’s a damning example of what UnMinnesotans call the regressive Left. 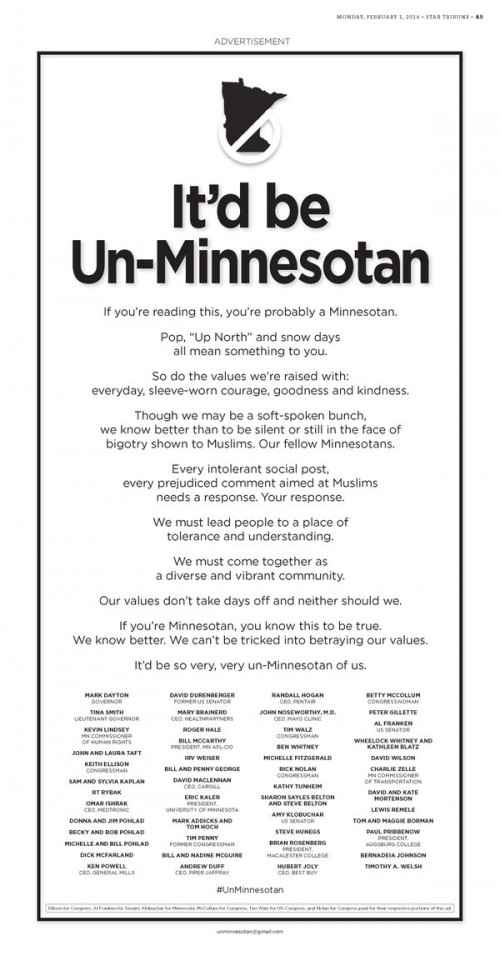 If you’re reading this, you’re probably a Minnesotan
Pop, “Up North” and snow days
all mean something to you.
So do the values we’re raised with:
everyday, sleeve-worn courage, goodness and kindness.
Though we may be a soft-spoken bunch,
we know better than to be silent or still in the face of
bigotry shown to Muslims. Our fellow Minnesotans.
Every intolerant social post,
every prejudiced comment aimed at Muslims
needs a response. Your response.
We must lead people to a place of
tolerance and understanding.
We must come together as
a diverse and vibrant community.
Our values don’t take days off and neither should we.
If you’re Minnesotan, you know this to be true.
We know better. We can’t be tricked into betraying our values.
It’d be so very, very un-Minnesotan of us.

Why is Kasich still running? » « Online Sudoku Workshop: A little trail of logic