It’s a newspaper recipe from 1947 for pizza. 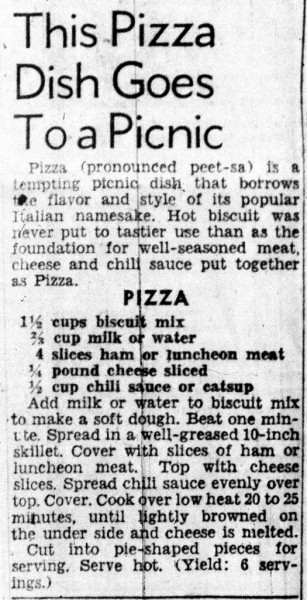 1947 was also the year of the Roswell Incident. Just saying. There must be a connection somewhere.

Why are vandals allowed to continue to destroy Oregon resources? » « What does it mean?