Like many of you, we just finished a fine vegan meal assembled by my daughter, Skatje. Except most of you didn’t have the vegan part. And really, no one else had my daughter cooking for them. So we just have the meal part in common, but that’s enough, right? 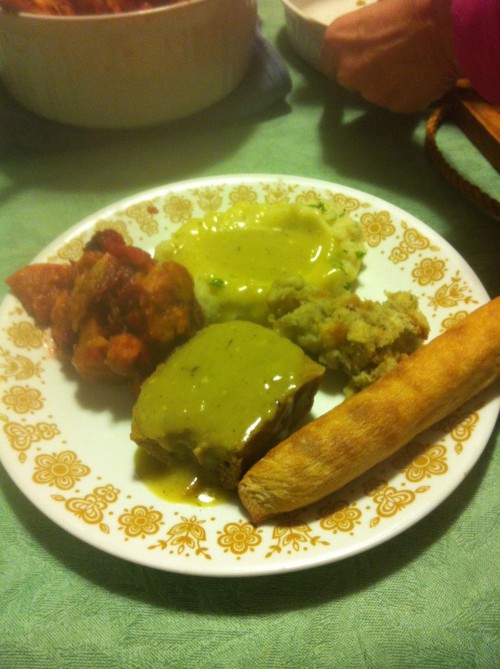 I tried to start up that other fine Thanksgiving tradition, the fight over politics or religion at the dinner table, but was completely stymied by the fact that my entire family agrees on everything. No grace, and ugh Trump ick talk about anything else OK we hate him but this pumpkin pie is delicious.

I thought we’d avoid that other Thanksgiving tradition of the football game in the background, but for some reason, Skatje has gotten into handegg and has told me we must watch Green Bay vs. Chicago tonight. So that’s ahead of us.

Friday Cephalopod: Ever have one of those days where you have a tough time telling where your food ends and you begin? » « At least I’m not praying