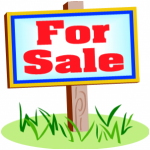 While Fox News is frantically struggling to scuttle the Trump’s presidential campaign, there is one media outlet that has been proudly and loudly in his corner: Breitbart.

They’re actually running articles titled THE 10 MOST IMPORTANT REASONS TRUMP WOULD MAKE A GREAT PRESIDENT and DONALD TRUMP RISES TO POSITION OF TOTAL DOMINANCE. Wow. They must truly believe.

According to four sources with knowledge of the situation, editors and writers at the outlet have privately complained since at least last year that the company’s top management was allowing Trump to turn Breitbart into his own fan website — using it to hype his political prospects, and attack his enemies. One current editor called the water-carrying “despicable” and “embarrassing,” and said he was told by an executive last year that the company had a financial arrangement with Trump. A second Breitbart staffer said he had heard a similar description of the site’s relationship with the billionaire but didn’t know the details; and a third source at the company said he knew of several instances when managers had overruled editors at Trump’s behest. Additionally, a conservative communications operative who works closely with Breitbart described conversations in which “multiple writers and editors” said Trump was paying for the ability to shape coverage, and added that one staffer claimed to have seen documentation of the “pay for play.”

Breitbart also went all-in on the idea that gamergate was about ethics in journalism. I don’t think they’d recognize ethics unless it ran up and paid them with a big check.