But in the current state of the atheist movement, it unfortunately is right now. 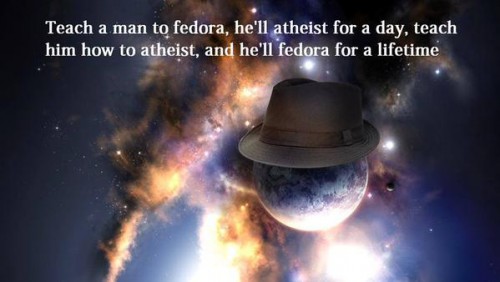