Obama appeared on the awkward comedy show, Between Two Ferns with Zach Galifianakis, to plug the affordable care act. Fine; it’s an angle.

The right wingers are cranky about it, as represented here by Bill O’Reilly: 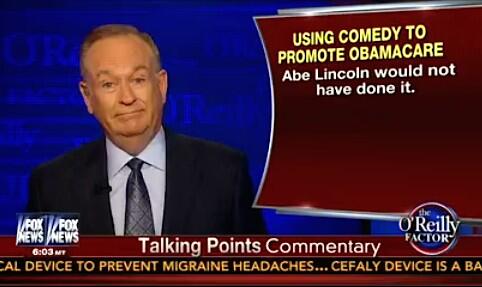 Because, as a published historian like O’Reilly knows, Lincoln had no sense of humor and never told a joke.