I am blown away by this ad from the American Life League, a fanatically Catholic organization dedicated to opposing contraception, abortion, and euthanasia. 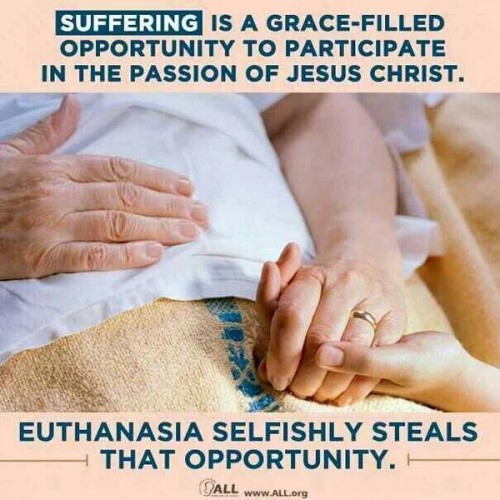 Suffering is a grace-filled opportunity to participate in the passion of Jesus Christ. Euthanasia selfishly steals that opportunity.

They do realize that “passion of Jesus Christ” is a euphemism for prolonged torture, right? “Hey, grandma, we love you so much, we’ve decided to hire a couple of thugs to whip you within an inch of your life, and then to strangle you slowly.”

Maybe this would be a good excuse if you had a couple of Catholic relatives who you really, really hated. I don’t know anyone I’d want to “grace” with that kind of opportunity.

Australia? You are at fault! » « Someone was bored tonight