The pope and some kids released a pair of “peace doves” to symbolize something or other, when this happened: 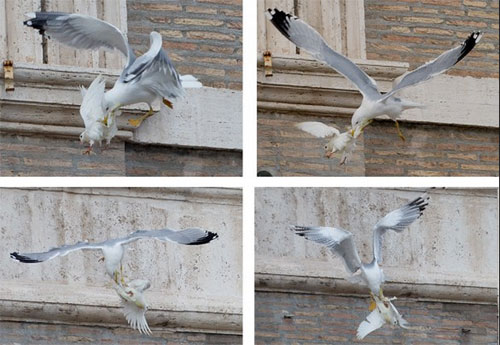 Symbols seem to be prone to getting hijacked. Or attacked by birds.