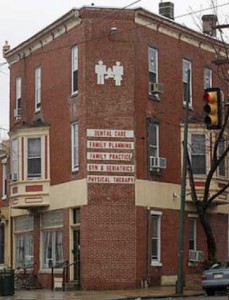 Gosnell was living the good life: the report estimates he was bringing in almost $2 million a year, a number that is only approximated from the number of abortions he was doing and the amount he was charging, because he always dealt in cash. He had a small group of poorly trained, non-professional people doing much of the ‘medical’ work — including at least one high school student who was administering tests and drugs to patients — and idled at home most of the day, coming in in the evening to do procedures. Procedures that he himself was not qualified or certified to do.

He carried out many late-term abortions, often past the legal cutoff (his procedure was to do a crude ultrasound, manipulate the results, and claim the fetus, no matter how old it was, was 24.5 weeks old). His style was cheap, lazy, and harmful to the woman. The standard procedure was for the women to come in during the day, and his staff would administer drugs to induce labor — even in women 30 weeks or more pregnant — and then send them in to the bathroom, where they would ‘deliver’ into the toilet. The toilet would sometimes get clogged with aborted fetal tissue.

Sometimes the fetus would be delivered alive, and at an age where, if this were done in a hospital, the newborn would have a good chance of surviving. Gosnell’s job as a doctor was to take these squirming, sometimes crying babies, and stab them in the back of the neck with a pair of scissors to kill them.

Sometimes, too, the women died.

All this was done in a filthy clinic cluttered with obsolete and broken equipment. There were bloodstains on the stirrups of the gynecological tables. There were jars with bits of fetuses snipped off and stored in preservatives. He was constantly late in paying for medical waste pickup and disposal; there were leaking bags of aborted tissue in piles in the basement. The staff complained that sometimes he was lazy and left the dead fetuses in shoe boxes out in the clinic, so they’d be greeted by the reek of rotting flesh when they walked in the door in the morning.

He had been doing this for decades. His clinic was constantly overlooked or given a pass by the government agencies responsible for inspections and standards. That’s the stunning part of this story, that he actually got away with murder for so many years. How could that happen?

Bureaucratic inertia is not exactly news. We understand that. But we think this was something more. We think the reason no one acted is because the women in question were poor and of color, because the victims were infants without identities, and because the subject was the political football of abortion.

I suspect that part of the abortion football game was the fact that women who were desperate, who knew they were stretching the boundaries of legality and convention, were unlikely to complain to the authorities about a clinic that was delivering services (incompetently and often fatally) that they needed. Gosnell was living high on the absence of clean, licensed, professional women’s medical services in many parts of the region — he could get by with criminally substandard treatment because our government has been actively destroying the ethical and competent competition.

If my abbreviated summary above is enough to sicken you, I strongly recommend that you don’t read the grand jury report. It’s hundreds of pages of explicit evil.