We’ll soon be sitting down to a vegetarian Mediterranean style Christmas dinner at my daughter’s house, but before that, my son Connlann had to revive an old family tradition: he insisted on fixing lutefisk for an appetizer. So he bought some, did the usual salt extraction and soak, and baked it for a half hour (my mother assured me that it is much, much worse boiled — I remember the grey translucent goo from childhood Christmases). In case you’ve never seen it, here’s a platter of the stuff, drenched in melted butter and with some interesting lighting that gives it an appropriate eldritch glow. 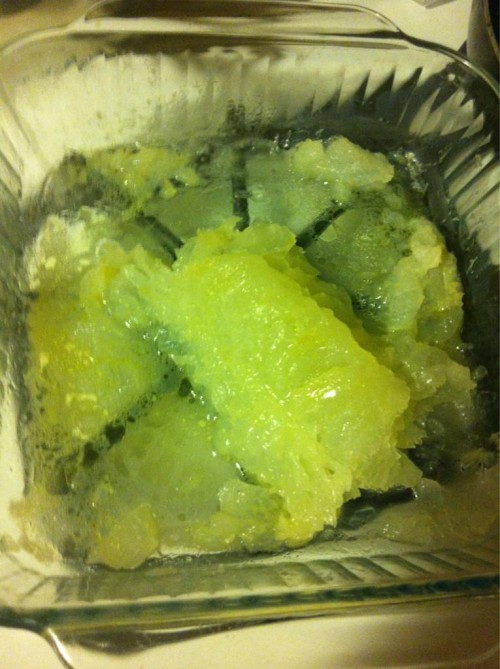 Would you eat that? Connlann dug in enthusiastically. He actually seemed to like the stuff. 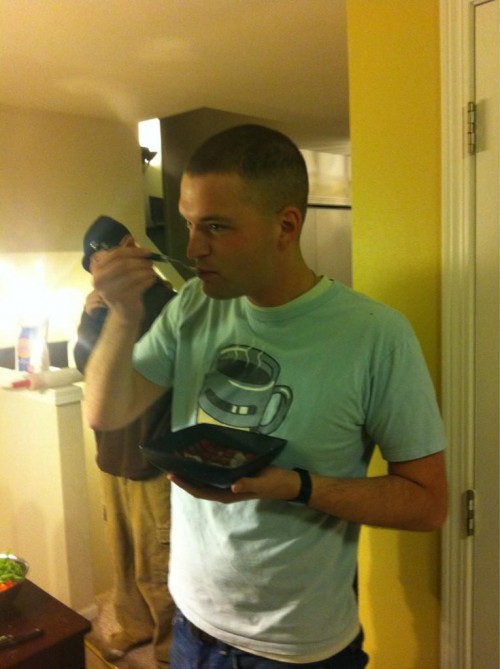 Skatje tried a tiny little sliver of it, aided by tissue paper noseplugs — really, this stuff reeks. She didn’t die! But I don’t think she’ll ever eat it again. 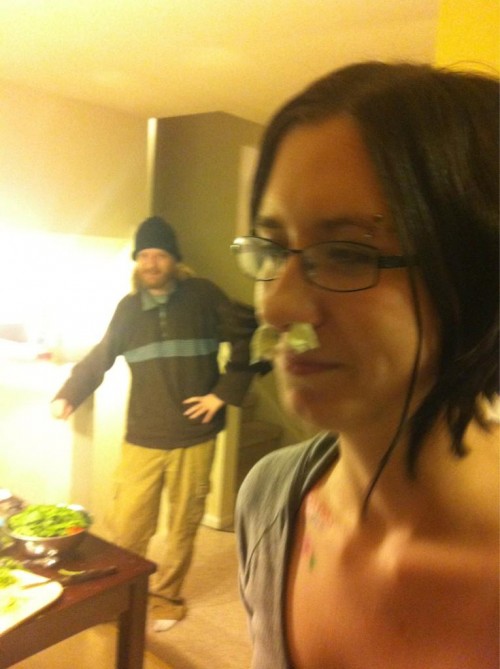 By the way, that’s Alaric smirking in the background. He’d already had a couple of bites, and was only there to crack a Nightstalker stout to wash the taste out of his mouth. I ate a goodly chunk of the palely pellucid processed piscine gelatin…it went down smoothly enough, like boneless slime — but I also welcomed the stout afterwards to thoroughly cleanse the palate.

The downside now, unfortunately, is that Santa will take one whiff of this place and turn around and flee.