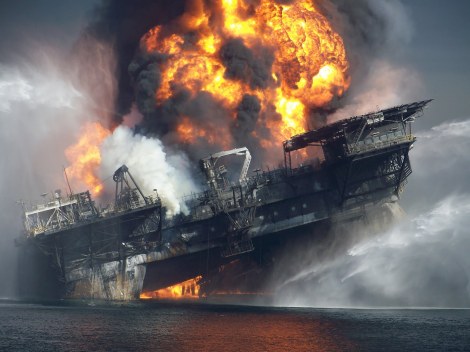 It’s one of a series of photos of the Deepwater Horizon disaster. That’s the real price of oil you’re seeing.