…that love is unconditional. There’s nothing you can do that would make me write a letter like this. 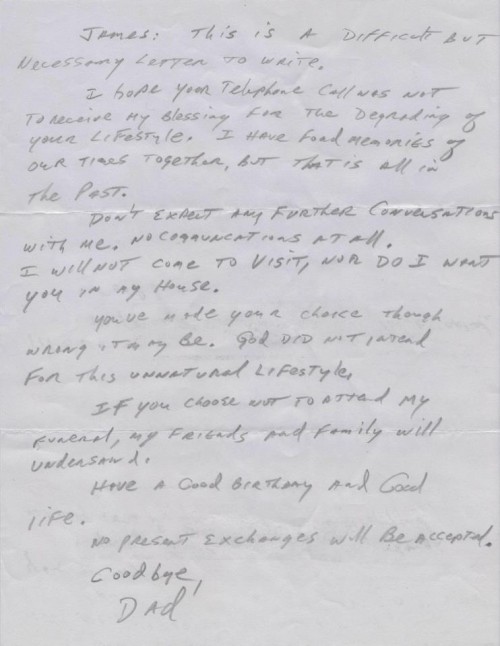 “James: This is a difficult but necessary letter to write. I hope your telephone call was not to receive my blessing for the degrading of your lifestyle. I have fond memories of our times together, but that is all in the past.
Don’t expect any further conversations with me. No communications at all. I will not come to visit, nor do I want you in my house.
You’ve made your choice though wrong it may be. God did not intend for this unnatural lifestyle.
If you choose not to attend my funeral, my friends and family will understand.
Have a good birthday and good life. No present exchanges will be accepted.
Goodbye, Dad.”

They could even become a sanctimonious, life-hating Christian, and while it would break my heart, I wouldn’t write a letter like that.

Why I am an atheist – Darci » « That’s a good question