I’m glad I’ve got one, and I’m so proud that my worth is enhanced by my testicles, as this report from Georgetown University’s Center on Education and the Workforce shows. 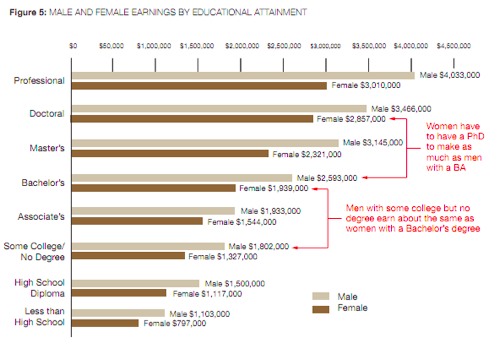 The findings are stark: Women earn less at all degree levels, even when they work as much as men. On average, women who work full-time, full-year earn 25 percent less than men, even at similar education levels. At all levels of educational attainment, African Americans and Latinos earn less than Whites.

I have to thank Carl Zimmer for bringing that to my attention — when he isn’t writing about parasites and viruses, he also dabbles in other heartwarming subjects, like this.

A Y chromosome is worth the same as a Ph.D. » « Colossal squid!