200 years ago, at the end of this past March, I talked about some of the ways in which capitalism is making the COVID-19 crisis as bad as it is. Today, Cody at Some More News released a video talking about some of those same issues, plus a great deal more. Cody’s show is always worth your time, and in this one he draws attention to some of the ways in which the resources of the U.S. government are being used to benefit private corporations and Republican cronies. It’s worth noting that there are several layers of “externalizing” going on here. The military “air bridge” is taking on many of the costs of sourcing the materials. They are also putting some costs onto other countries in the form of worsening their crises by seizing shipments they needed, and they are forcing American state and local officials to bid against each other for life-saving resources, all for the profit of corporations selling materials obtained, often through a form of piracy, at the expense of American taxpayers.

If, by chance, this is the first time you’re hearing some of this stuff, I highly recommend adding The Majority Report to your regular news diet, as they were reporting on this at least a week ago. They also tend to have a great deal of important news and analysis that reaches farther, and digs deeper than any of the standard corporate news outlets.

I just want to add in a note at this point: It’s often said that the problem isn’t capitalism, it’s “crony capitalism”. This is a distinction without a difference. Capitalism, in all of its forms, is designed to concentrate wealth in the hands of a few people, who then use that wealth to get more. Wealth also means power, and they use their concentrations of wealth and power to influence the laws and systems in which they operate, for their benefit. Any system that concentrates wealth and power, as capitalism is designed to do, will always result in monopolies, and what some call “crony capitalism”. Things like regulation, wealth taxes, progressive income taxes, and shifts like The New Deal are all efforts to slow or reverse the natural progression of capitalism, but they will also always fail in time, as the capitalist class gains enough power to change the laws and regulations. It’s what happened in the leadup to the Great Depression, and it’s what started happening immediately after the New Deal took effect. Capitalism is inherently incompatible with democracy, which is part of why some folks on the political center and right have been talking, recently, about how democracy isn’t actually very good. When it comes down to it, they value the right of a fraction of the population to accumulate unlimited wealth and power, over the right of every person to have a say in decisions that affect their lives.

We might get something like a Green New Deal, at some point, but without fundamentally changing major elements of how our economic and political systems are designed, capitalism will always return us to this point. Infinite growth on a finite world is impossible. Infinite accumulation on a finite world means artificial and unnecessary scarcity. 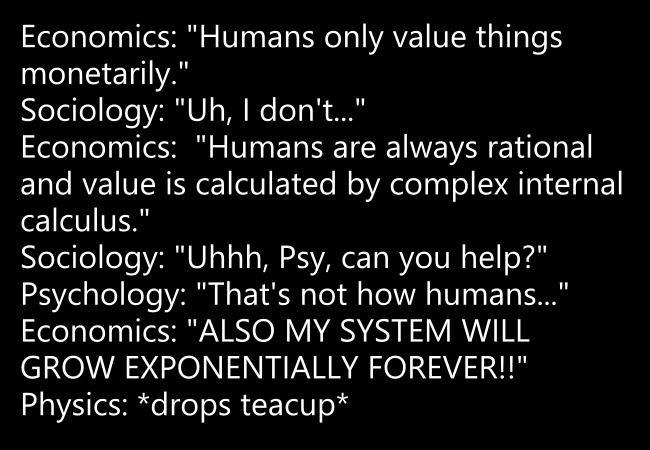 Hey everybody, I am once again asking for your assistance. I really need help paying my bills and keeping a roof over my head. Patreon.com is a way for you to help with that, even if it’s just a little bit, and get some perks and extra content in return. You control how much you give, and how long you give it, and every little bit really does help. When lots of people pitch in, it can make a huge difference. Please help if you’re able, and share my work with others. Thank you!