Well, it is in Taiwan, anyway.

Recently I’ve mentioned that the Chinese Professional Baseball League (CPBL) season begins tomorrow with a full 120 game season.  The first month will be played without humans watching, however the stadiums will not be empty: They will have robot fans!  Fans will likely be allowed to attend games starting in May.

With fans unable to attend the Chinese Professional Baseball League’s Opening Day on Saturday, the Rakuten Monkeys announced they’ll be putting robot mannequins in the seats.

“Since we are not allowed to have any fans in attendance, we might as well have some fun with it,” Monkeys general manager Justin Liu told the league’s website.

Hey Marlins, just…think about it. That’s all. 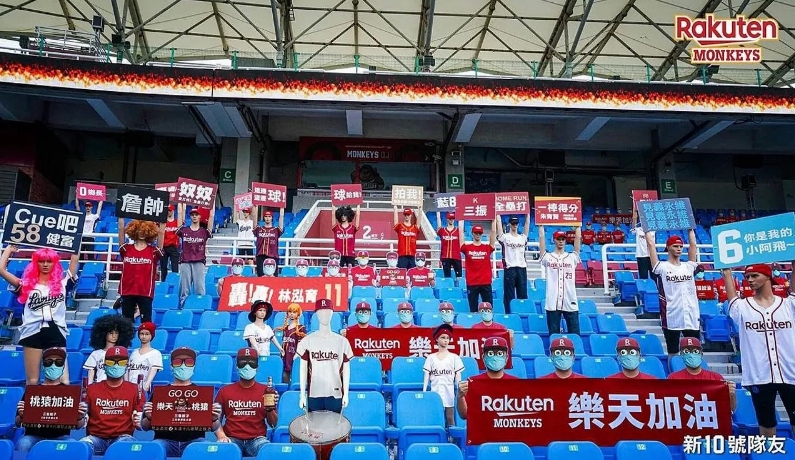 The CPBL and Taiwan’s other pro leagues (e.g. Super Basketball League) may be the only ones to have a normal season this year. I was expecting other countries where baseball is popular (e.g. US, Mexico, Canada, etc.) try to broadcast CPBL games.  The quality of play is between AA and AAA, closer to AAA.  (South Korea’s KBO may also have a normal season this year, while Japan’s Pacific League is unlikely to have a season.)  CPBL game highlights can be seen on youtube, and games will be streamed online.

They are not the only sports attracting attention elsewhere.

India is “cricket mad” as the British would say.  So desperate are they for games to broadcast to their 75 million viewers that they are trying to buy broadcast rights for games in Taiwan.  I don’t know how good the quality of play is, but when there’s nothing else to watch. . . .

From the Taipei Times, April 9:

India turns to Taiwan for cricket

GLOBAL REACH: Taiwan Cricket said that up to five sides could play in a broadcast competition and that upgrading local infrastructure would be beneficial to a deal

Broadcasting companies are turning to Taiwan for cricket content amid the shutdown of the sport in India due to the COVID-19 pandemic.

An Internet streaming platform based in Mumbai, India, yesterday contacted Taiwan Cricket asking for rights to stream games in Taipei to its cricket-starved audience, which it put at 75 million people.