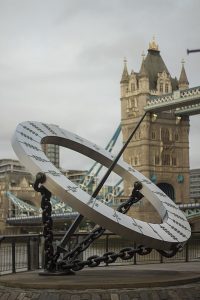 I’d say getting email about one’s first post is a good sign that was a good post, and indeed that happened. For the sake of confidentiality I won’t say anything about who it was from or the remainder of the content, but they asked me two questions that I found interesting enough that they are worth another post:

Is there anything you wish you could go back and tell your parents about having a child with depression? (Or anything they did know that you’re glad they did know?)

Is there anything you’d want your younger self to know, if you could?

Those are difficult. And in some respects the answer is darker, I think, than the asker was hoping for. As I mentioned in that previous post, I don’t have major depression, I have c-PTSD, which presents with depression and a massively overwhelming inner critic as symptoms. That’s in my case, of course; those are extremely common symptoms among sufferers of c-PTSD but nothing is universal. As the name implies, however, complex post-traumatic stress disorder is not something anyone can be born with. Like its more widely accepted cousin PTSD, it is an involuntary reaction to trauma… which means answering these questions necessitates inquiring about the origins of that.It’s strange to be able to talk dispassionately and in an informed way about these things. For most of my life I didn’t know what was going on, only that I felt outcast, hated, worthless, and on the doorstep of suicide for years. Decades, in fact. It’s only been in the last two years or so that I finally was able to put the pieces together, and knowing what was actually wrong, find ways to deal with it.

One is not born with c-PTSD. But one is born autistic (if one is autistic), and the same goes for being trans†. However, it is possible for both of those to know something is wrong but not what, or come to a very wrong conclusion about ‘what’. For me, I was in my early 20s before even wondering about gender issues and didn’t transition until years later. There are a lot of pressures that can convince trans people they’re not, or that it’s too dangerous. I was almost out of my 30s by the time we figured out I am autistic too, because I am autistic in a way that allistic* people call “high-functioning” and autistic people call “screwed over from a lack of support“.

That last sentence obscures a non-obvious horror. Nobody, including me, knew I was autistic; everyone, including me, thought “autistic” meant rocking-in-the-corner-nonverbal stuff. This was the 80s and autism as a spectrum wasn’t in the literature until the release of the DSM-V in May 2013. But they all observed autistic behaviors, like having no natural respect for authority figures, and a skewed-at-best natural understanding of social interactions. I am in short a weird adult who was an even weirder child and adolescent. But tell me, gentle reader, what do you think teachers, bosses, parents, and other authority figures do when confronted with a charge or underling displaying behavior they don’t like?

Lectures, yelling, loss of privileges, loss of job, you name it. In my case the single most common offender was my father. I was never subjected to physical abuse or worse, but he would ‘get frustrated’ a lot and thought that angrily expounding at length what he thought was wrong with me was a way to motivate me to fix it. Anyone with more than a passing familiarity with psychology will know that is not how it works, especially when couched in terms that make it sound fundamental and permanent. I spent half my childhood and most of my adult life being told by anyone with any authority that I was a fundamentally horrible person, no matter what I tried to do to be better. Everyone assumed I must know what the ‘right’ way to be was and that therefore any deviance from that was deliberately being an asshole. Notably, asking what was wrong, why someone was mad, was itself taken to be not only proof of malfeasance but treated as more deliberate assholishness.

It took a while, of course, but this was actually the source of the c-PTSD. It was a camp counselor of all things who initially (and innocently; after this problem began a lot of things that would not have served as abuse or trauma for someone else hit me extra hard) broke me down into thinking I could be a Bad Person††.  It didn’t take long before I was convinced there was something fundamentally broken and wrong with me, that my presence hurts people no matter what I do. Practically every encounter with authority after that reinforced this, and soon so did more and more peer interactions, because I was in a lot of pain and they would become either scared of this or frustrated they could not help, and in either case blame me for it and reject me.

So, basically, what would I tell my parents about way back when? DON’T FUCKIN’ DO THAT. Also don’t ‘smooth it over’ when someone does do that. That taught me that it was okay to hurt me, that it was right and proper, because of course I was in the wrong and I must have deserved whatever it was, right? It took a long time to untangle that one.

What would I tell my younger self? It would be difficult to convince them of much, honestly, but… kid, you’re trans, and you’re autistic. Here’s what this means, and what you can do to make the best of it. Here’s why people are difficult, here’s how to solve that riddle, and above all, despite the hate and anger and disgust the world will shower on you, you are worthy of respect, and compassion, and love.

… because those are the things I didn’t know. Especially the last one. And what you don’t know can kill you… and almost did.

† Anyone who considers anything in this assertion to be controversial or up for debate is not welcome on this blog; I will proceed in the assumption that my readers are at least to a minimum compassionate and scientifically literate.

* “allistic” is to “autistic” as “cis” is to “trans” or “straight” is to “gay”. The common not-that-way version. This is not quite a synonym for “neurotypical” because it is possible to be allistic but neuroatypical in some non-autism-related way.

†† In hindsight I wonder if a sort of autistic black-and-white thinking might have been part of the issue here; I was pretty young then and may have been infected with the notion of people being fundamentally good or bad, that this was something you Are rather than the reality that it is something you Do.