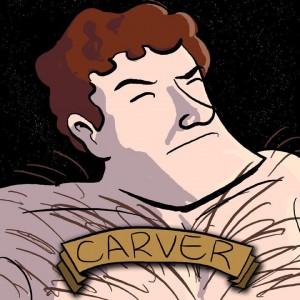 If I managed to publish this on time, I’ve survived it to Week 6 of 10, in my ninth quarter of academics. (One quarter of the last three years was spent at Fabulous Unspecified Internship.)

1. PubMed has opened commenting with the intention of allowing it for all PubMed authors. This cannot possibly go wrong.
Upside: No anonymous comments!
Downside: little moderation.

2. Women in my family have been shrinking for decades. [Trigger warning for eating disorders like woah.]

3. Reviewing the DSM 5 as a dystopian novel…death by a hundred lines of cutting satire.

For all the subtlety of its characterization, the book doesn’t just provide a chilling psychological portrait, it conjures up an entire world. The clue is in the name: On some level we’re to imagine that the American Psychiatric Association is a body with real powers, that the “Diagnostic and Statistical Manual” is something that might actually be used, and that its caricature of our inner lives could have serious consequences. Sections like those on the personality disorders offer a terrifying glimpse of a futuristic system of repression, one in which deviance isn’t furiously stamped out like it is in Orwell’s unsubtle Oceania, but pathologized instead. Here there’s no need for any rats, and the diagnostician can honestly believe she’s doing the right thing; it’s all in the name of restoring the sick to health. DSM-5 describes a nightmare society in which human beings are individuated, sick, and alone. For much of the novel, what the narrator of this story is describing is its own solitude, its own inability to appreciate other people, and its own overpowering desire for death – but the real horror lies in the world that could produce such a voice.

I…suddenly feel like one of those antidepressant commercials with the little cloud over me.

4. If you have been recently describing people who want to have children as breeders and/or children as spawn, stop. [See also: Cease! Desist! and ohmygod whyyyyy were you doing that?] Chana also pointed me to this piece from Leah, which made me think of the importance of tolerating the occasionally fussy baby as part of how we provide social support to parents. If supporting adults doesn’t seem a good enough reason, social support seems a factor in preventing abuse and neglect of children.

5. This is not psychology related, but it is wonderful. In fact, even the announcement is great enough that I’ll let it speak for itself:

What we are offering you today is the opportunity to bid on a digital portrait of your dashing visage, executed by the one and only Zach Weinersmith, the author and illustrator of the wildly famous Sunday Morning Breakfast Cereal webcomic. This is an incredibly rare opportunity, not available since the days of Veláquez in the court of Philip IV, to have yourself preserved for all time, a masterpiece that future collectors will vie for to display on the walls of their own palaces. Needless to say, this is not something you’ll want to miss out on.

6. Still not psychology, still hilarious. @HardSciFiMovies. You should really just take my word for it and go follow them, but for the skeptics:

Xenu of the Galactic Federation demands eternal dominion over all life. He decides to start his own religion. It is popular with celebrities

A hacker must break the encryption on the explosive device within 60 seconds. This would require a computer the size of Mexico. He dies.

A scientist would usurp God, to toy and tinker with the very fabric of life. The resultant kumquats have increased mold resistance.

A scientist bursts into a White House meeting to announce urgent findings to the President. A number of Secret Service personnel are fired.

7. Treating anorexia nervosa in adults. There’s a very thin silver lining in this, but mostly AN is treatment-resistant in ways you won’t see in teen populations.