Again, I’m writing a post for our regular fundraiser (for those who don’t know, the brief version of the backstory is that we’re paying off debts incurred in a SLAPP lawsuit). If you’re able to donate and feel moved to do so, we’d be very grateful for anything you can pay. This is a particularly good month to donate, as one of our bloggers has promised to match all amounts donated up to $1000; so, this month, anything you can donate will count for double!

As you might recall, our last fundraiser had a Valentine’s Day theme (combined with a Darwin theme, but that’s by-the-by), and I had the idea of writing a book review post on the theme of romances that promote healthy relationships/progressive social justice views. I liked doing this so much that I decided I’d make this sort of themed book review post a regular thing for future fundraisers, and so, since the theme this time around is ‘motherhood’ in honour of the US Mothers’ Day, I started thinking of books that related to both social justice and motherhood. This was, I have to say, a bit more difficult. I had no problem at all coming up with ideas for novels that explore the theme of motherhood; I just had a harder time thinking of ones that are obviously relevant to social justice themes. (I’m probably missing some obvious ones; any suggestions?) So, this time around I’m reviewing non-fiction books on the subject that I found worth reading. Let’s go!

First up is Candace Brathwaite’s I Am Not Your Baby Mother, an account of Brathwaite’s experience of new motherhood as a black woman in a world of racial stereotypes. 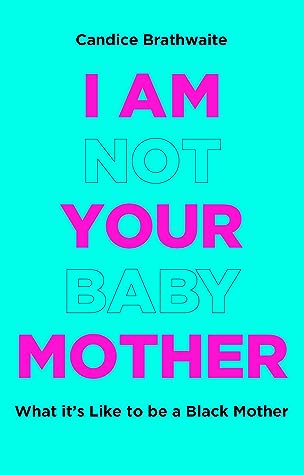 Brathwaite’s race affected her experiences in ways ranging from a dilemma over whether to choose names reflecting her children’s ethnic heritage (when she knew that having too obviously ‘black’ a name on a CV would close many doors to her child in future) to, starkly, her chances of surviving childbirth. This last is not just an abstract statistic for Brathwaite; after the birth of her first child, she almost died from post-partum sepsis after the health care professionals who reviewed her repeatedly dismissed her increasingly severe symptoms. Five years later, a report showed that post-partum deaths in the UK were five times more common amongst black women than amongst those of any other race; a horrifying statistic in which Brathwaite is still struggling to raise widespread interest.

One thing Brathwaite became aware of was the lack of positive media images of black mothers or black families. (It wasn’t until her first child was five years old that Brathwaite saw a picture of a black woman on the cover of a parenting magazine.) Eventually, this realisation led her to set up Make Motherhood Diverse, a site for mothers who didn’t fit the media narrative to post their photos and stories of what motherhood looked like for them. Not just black mothers, either, as Brathwaite rapidly realised; mothers of other races, gay mothers, disabled mothers, mothers of disabled children, fat mothers, mothers with tattoos or piercings, mothers who adopted, mothers who lost their children… the site is for anyone who doesn’t see their experience reflected often enough in mainstream media and wants a place to make their own face seen and their story known.

Despite the seriousness of the subjects discussed, Brathwaite presents them in a way that’s eminently readable and sometimes downright funny. As a white, middle-class, comfortably-off woman with some very different experiences of mothering in the UK, I found her book an important eye-opener and well worth a read.

The second book is one I read some years ago and hadn’t thought about in a while, until I started thinking of what books I’d read that cover the theme of both parenting and social justice issues; Raising Ryland, by Hilary Whittington and Kristine Gasbarre, is a mother’s story of parenting a transgender child. 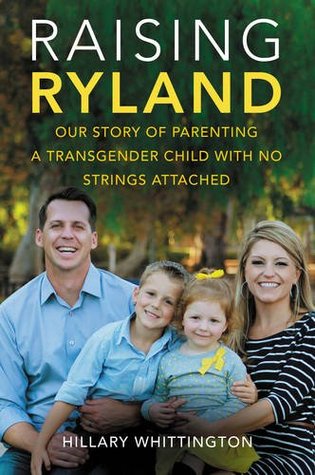 Hilary Whittington hardly knew anything about transgender issues and, when the child she’d thought of as a daughter repeatedly insisted ‘she’ was a boy and became distressed at all attempts to make ‘her’ present as female, Whittington felt stymied and lost. However… she’d already faced one parenting challenge she’d never expected to face, when she discovered Ryland had been born profoundly deaf and there was a decision to be made (and an insurance company to fight) about cochlear implant surgery. That experience had crystallised her conviction that, as a mother, she needed to be on her child’s side for when the going got tough. When she realised her child was transgender and read more about what that meant, she also realised that her job here was to listen to her child’s needs, and that one of those needs was to be seen as the boy that Ryland really was on the inside. The result – also made into a documentary – is a beautiful true story of allyship at its best; of a child who was supported for who he really was and of the parents who gave him this support and worked to do all they could to get the community to give him that support as well.

A few notes on assorted points that struck me:

Firstly, there’s the issue there always is for parents writing about their child, which is the question of whether they will, in years to come, see this as an invasion of privacy that they don’t like. The book was written with great respect for the person Ryland is, and I think he will most likely be happy with it as he grows older; I hope so, anyway. I don’t think there’s an easy answer to that one, given that issues like this are important to write about and other children and families in this situation are better off when people like the Whittingtons do tell their stories.

Secondly, it’s worth noting that the book doesn’t go into non-binary gender issues at all. I don’t think this is particularly a flaw, as it’s meant as the story of one specific child and his family’s experience rather than as a definitive guide to all things transgender, but a) if that is what you want to explore then this isn’t the book for it and b) this brings me to my third point, which is that the book really could have done with a section with resources for people who need further information. (There are a couple mentioned in the body of the book, in the text of a beautiful letter that the Whittingtons sent to all their family and friends to explain the situation and reproduce verbatim here. However, it would have been very good to have a separate section listing these where they could easily be found, and I think the lack of this is a flaw in the book; I hope this is changed in any updated editions.)

And fourthly… it’s a side issue, but, my goodness, gender stereotyping in children’s clothing seems to be a problem in San Diego! Maybe it’s just the particular group of friends and family that the Whittingtons knew, but apparently it’s considered a major problem for a girl to leave the house unless she’s wearing a feminine-looking dress and bows in her hair, and don’t even think about wanting to wear Star Wars underwear. While this was ultimately irrelevant in Ryland’s case since he actually was a trans boy, I feel sorry for any cis girls growing up there who don’t like pink sparkles or prefer to slob around in casual shorts.

Anyway… on to the final book I’m reviewing for this post, which is Suzanne Barston’s Bottled Up: How the Way We Feed Babies Has Come to Define Motherhood, and Why It Shouldn’t. 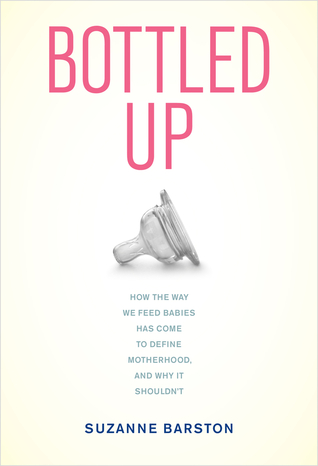 After her own experience of struggling mightily with breastfeeding and having to switch to formula, Barston started delving into the tangled politics behind lactivism, the conflicts between feminism and an all-too-frequent approach of pushing breast as best for all babies, and the ways in which research studies of variable quality have been cherry-picked and oversold to give an exaggerated picture of the extent to which breastfeeding is beneficial. The result was first the Fearless Formula Feeder blog and Facebook group to support other people who used formula, and then this detailed and highly researched book exploring all those issues as well as the individual experiences of people forced into formula feeding through choice or circumstance.

I picked this book for this review for two reasons. One is that I wanted something to represent the sceptic values of FTB as well as the social justice values (believe me, the issue of scientific findings being exaggerated/cherry-picked/misrepresented to support an agenda is a significant problem in the mothering world). The other is that this was a blast from the past for me; I remember Suzanne well from my past blogging incarnation, when we used to follow and comment on each other’s blogs.

I have to make a confession here; I was, at one time, far, far too unquestioning in swallowing the propaganda about the vital importance of breastfeeding and the supposed inferiority of formula feeding. So, when I heard about Suzanne’s site and went to check it out, it was with the full intention of arguing with her over all the errors I assumed she was making. Instead, I found posts so thoughtful and well-thought-out that I realised she actually had really good points and that I needed to stop, read, and learn. And thus it was that my views changed and I was saved from being an obnoxious lactivist. (Well, I would have at least striven to be a polite lactivist, but you get what I mean.)

So, if anyone here is interested in the problems with the way breastfeeding is pushed and promoted in our society and the difficulties this can cause for mothers (which I suppose now that I write it might not be a topic that many people here are interested in, but if you are…), then I can definitely recommend Suzanne’s book.

I hope some readers have found something here that takes their fancy, and I hope you check out the posts written by some of the highly talented bloggers on here. And finally, Happy Mothers’ Day to all mothers in the USA; may you be supported in your choices and contented in your mothering.

You guys are AWESOME » « Anniversary