As predicted, they convened a new grand jury just to toss her back in the clink, along with an unprecedented from of punitive extortion. 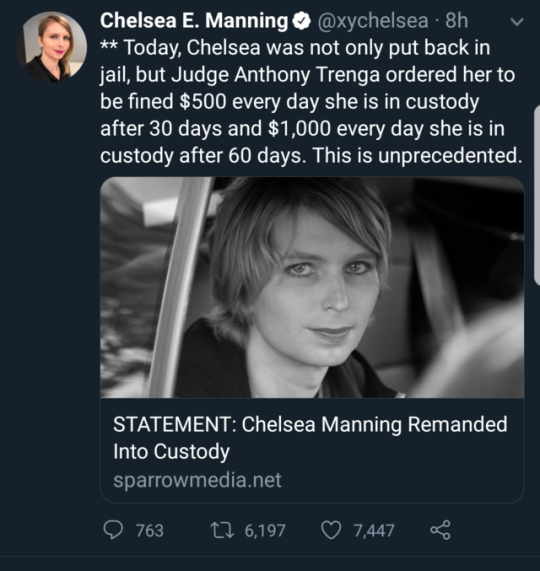 Like a champ she was streaming video games the night before the trial. I’d say the dirtbags doing this need a lesson in class, but they get one every time they’re in the room with her. Maybe that’s why they want her out of sight. Anyhow, storm every Bastille, smash the state, yadda yadda.

HJ Hornbeck being Cool » « Chelsea Manning is Free… For Now