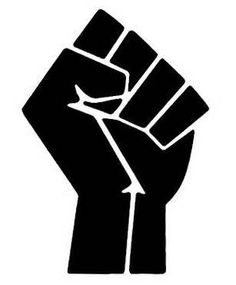 Throughout this article I focus on racism in the political process as being about the persecution of African Americans.  Latinx people and others have definitely been oppressed as well, but the number one boogeyman that drives institutional white supremacy has always been fear of black people.  I’d like to give everyone some props and some encouragement.  Rock on!

To me the silver lining of this election is that now I know white people are not even worth trying to reach.  Those of us who are compassionate enough to see suffering and progressive enough to be intolerant of the intolerance that promotes it – we’re going to come correct no matter what.  White moderates and swing voters?  Total trash, useless, racist as fuck, just fuck ’em off.   We tried in so many different ways to win them and it was for jack dick.

People of color, on the other hand, recognized the threat and did what you could to stop it.  Every category of you had a good sized majority voting for the not-completely-depraved candidate.  If we collectively want to believe history has a forward trajectory, that it’s possible to end this fucking rocket train to the abyss, you, people of color, are the only real hope of that.

And I am absolutely not being one of those fools that blames low PoC turnout for Trumpistan.  I’m not saying you have to take responsibility here.  Samantha Bee said we shouldn’t be expecting you to build our country yet again, but then she went on to try and rally white people.  I’m saying that is a lost cause, probably until my generation is in the fucking dirt, and that could literally take eighty years to happen.

I’m saying you have support from some of us, you won’t be completely alone in fighting la revolución, but white people have proven themselves collectively without honor, without courage, without compassion, and cannot be trusted with control of the United States.  It’s bullshit that this falls to you, but I really think you can do it.

Why didn’t it work this time?  Racist voter disenfranchisement policies and the school to prison pipeline, first and foremost.  A full third of African American men in Florida were disqualified from voting due to felony records.  Now some would say felons have proven themselves morally defective and therefore unworthy to vote, but when you look at the demography of prisons now, you’d have to be racist as fuck to believe all those people actually deserve to be there, that they’re all guilty or morally faulty.

In fact, at this point it is safe to say the average white voter is much less moral than the average felon.  So smashing the school to prison pipeline, working this war from multiple angles, it’s all going to be necessary.  But if there was one thing that could swing the balance of power in this nation instantly?  It’s getting felons their vote back.

Now I’m just another fucking white person talking out my ass here and I know this is going to be impossible for a while, but I’m pathologically hopeful and can’t help but think that just maybe you have a shot at it.  Donald Trump got fewer votes than Romney, which means that he was so odious even some republicans couldn’t bring themselves to pull the lever.  That means their turnout is down.

Now your turnout is down as well, because white supremacists engineered it to be that way.  But how did they do it?  Some of the methods they used can be fought against with enough organization, enough will.  For example, you’re more likely to be voting late and without adequate ID to meet their racist requirements.  But what if a big enough push was made to get all of you the ID?  To get you registered?  To get as many of you as possible mail-in ballots and early voting options?

And what if you managed to reach some of the folks you know who – understandably at this late reactionary racist and terrible stage of history – won’t bother trying in the first place?  I don’t know.  White, talking out of ass.  But hopeful.  And I’m certain many of you are already working these angles, have already promoted these ideas.

So if you get the vote you should be entitled to, you manage to turn the tide in some races for legislative seats, what of the Democrats?  There are some situations in which you’ll have no choice but the lesser of two evils and I know you know what to do there, but I’d also like to remind you that it’s a lot more possible for third party candidates to do well in very important local races.  Say you have a state with racist voting laws but you secure a proactive black mayor and sheriff.  They could do a lot to facilitate access to voting even in the face of that.

The Democrats might be able to become worthy of your votes eventually, instead of being the wholly ineffectual stopgap against white terrorism that they have been.  But I can understand giving them all of the side eye.  Here’s a fact that just can’t be disputed:  Democrats could have secured a much stronger position for themselves in government by fighting against racist voter disenfranchisement, but when they had the best shot at it?

They were actively part of the problem.  Bill Clinton used “tough on crime” laws to score points with racist white moderates, helping to bloat the fucking horrifying US prison system.  The Democratic party fears black power.  Maybe they should, but I don’t.  The paranoid dreams of white cowards and race terrorists shouldn’t be allowed to hold sway over the course of this nation, and with the power we have, shouldn’t have this large of a hand on the whole world.  Black Power Now.