Man. I wanted to share with you the awesomeness of Judas Priest’s gayest rock video ever – “Hot Rockin'” – but just since I watched it last week, it has been removed from youtube on copyright grounds. So instead, I’ll just have to describe it to you.

It opens in a weirdly side-lit gym, where the members of Judas Priest are workin’ the weight machines. Young Rob Halford, cool gay rocking man, rises into panel shirtless. He’s totally doing pushups and singing at the same time. So. He sings about how he’s working hard, working out, and he deserves some release for his manly energies. What will suffice? 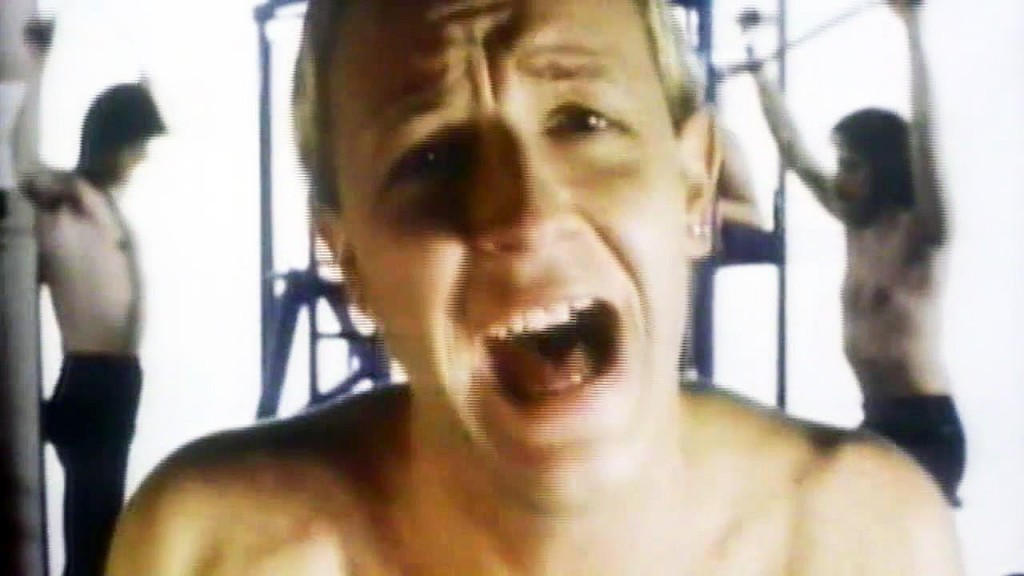 rob halford has done his share, he’s workin’ out

Anyhow, next there’s a road at night and motorcycles, I don’t remember that part too well, and then they’re at a concert with like zero women, and they’re rockin’ so hard everything catches on fire. Hot. But if the video is still blocked when you see this post, you’ll just have to imagine it – and wish you were there.

Rob Halford is still super cute when he sings,
tho lo, years have been hard. Much love, dude. <3

NT Sauce Lettin’ Me Down » « Your J-Horror Messiah