A protester of Bill 10, which obligates all schools to support a Gay-Straight Alliance if the students request one, has found another concern about the education curriculum:

“We must say no to Bill 10 as it is written,” Trimble told protesters.

“If we do not make our voices heard we will soon find comprehensive sexual education foisted on schools next. I am here to let you know that sexual education is undergoing a rewrite in the province of Alberta as we speak,” she said.

The utter horror. Facts! Supported by evidence! IN OUR EDUCATION CURRICULUM!!!

Interestingly enough, the same protest also helpfully provided their interpretation of Bill 10, just in case you were second guessing those dog whistles:

The new gender Guidelines and Bill 10 assume the worst of Alberta parents, damaging the parentchild bond by not allowing schools to notify parents of their children’s identity struggles in school. Teachers, principals and other staff are now prevented from informing parents about their child’s struggles with gender identity and sexual orientation, and about their child’s involvement with a GayStraight Alliance, unless the child consents to her/his parents being informed.

Actually, by allowing the student to give or refuse disclosure, Alberta assumes the realistic of parents: that some parents are shitstains who throw their kids out on the street for being queer or try to intimidate their kids out of it.

The gender Guidelines, which apply to all Alberta schools, require that boys be allowed to use girls’ bathrooms, change rooms and showers, from the moment that a boy “self-identifies” as a girl; same for a girl who “self-identifies” as a boy. The Guidelines require schools to reduce gender-segregated activities, including boys-only and girls-only clubs, sports teams, uniforms, etc. and start using “nongendered” language (e.g. parents/guardians, partners, instead of mother, father, he, she).

Oh hey, thanks for pointing out that you are, in fact, the shitstains referred to in the aforementioned “fact.”

Trans girls aren’t boys. Trans boys aren’t girls. You literally just finished the observation that the Alberta government assumes some parents make life difficult for queer youth and before you’ve even drawn your next breath said a cavalcade of poorly informed transphobic bullshit.

Bill 10 puts children in charge of what clubs and activities are permitted at the school they attend, and legally prevents parents from having any say in the matter. Bill 10 removes from principals and teachers their autonomy to work with parents to address bullying in the way that is best suited to meet the unique circumstances of each local school.

The Guidelines and Bill 10 are not based on objective or comprehensive research, and do little to address the root causes of bullying in schools. They are based on ideology rather than evidence. 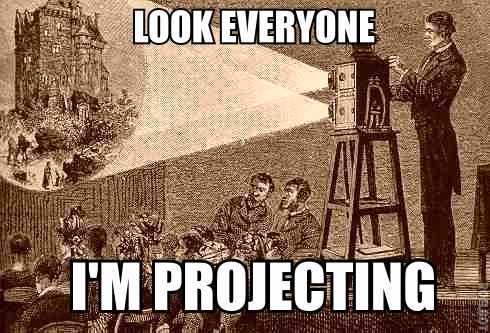 Evidence. You mean like this report, which states: “The fear of loss of rights and actual loss of rights are two distinctly different matters, and the research and public consultation process made it evident that GSAs do not undermine or hinder rights. On the contrary, contributors to RMCLA’s public consultations made it abundantly clear that GSAs enhance rights of association, assembly, expression, religion and conscience for those who voluntarily choose to participate in GSAs. Furthermore, input to the RMCLA public consultations revealed that there are no significant deleterious effects upon the right of association, assembly, expression, religious and conscience for those individuals who attend schools where GSAs exist, but choose not to participate therein.”

Bill 10 forces every school in Alberta to establish clubs and sponsor activities that may be completely contrary to the school’s mission and beliefs, and hostile to the morals and principles that parents teach their own children at home.

Ah yes, the aforementioned Gay-Straight Alliances. They’re not wrong. I’m hostile to people who believe it’s okay to dehumanize me. I feel like it’s a fair trade-off. You reap what you sow, that sort of thing.

Bill 10 was passed by the Alberta Legislature in March of 2015 in a matter of hours without any public consultation about the actual law that was passed. The Alberta Education Minister has publicly threatened to “work with” any school or school board that refuses to implement the Guidelines or to establish a Gay-Straight Alliance.

I guess she fell asleep during this process. The (former) Education Minister as well as the (former) Premier had a months long questioning period before Bill 10 was passed.

The Minister has refused to guarantee continued funding and accreditation to schools and school boards which reject the Guidelines.

I’ll be over here, playing the world’s smallest violin.