As some of you know, I live in Vancouver, British Columbia. Recently, after the Vancouver Canucks (local professional hockey team) lost in Game 7 of the Stanley Cup finals, there was a huge street riot. It was immediately clear that those instigating the riot were not simply disgruntled fans. People had brought backpacks full of chemical accelerant, masks, rocks and other tools designed to destroy property and injure police officers. There would have been a riot regardless of the outcome.

While the riots made international news, the city’s response to the disaster has had much less attention. Vancouver is a beautiful city that is predominantly inhabited by caring and tolerant people. The riots do not really reflect the average denizen of my fine city, but I think the response does: 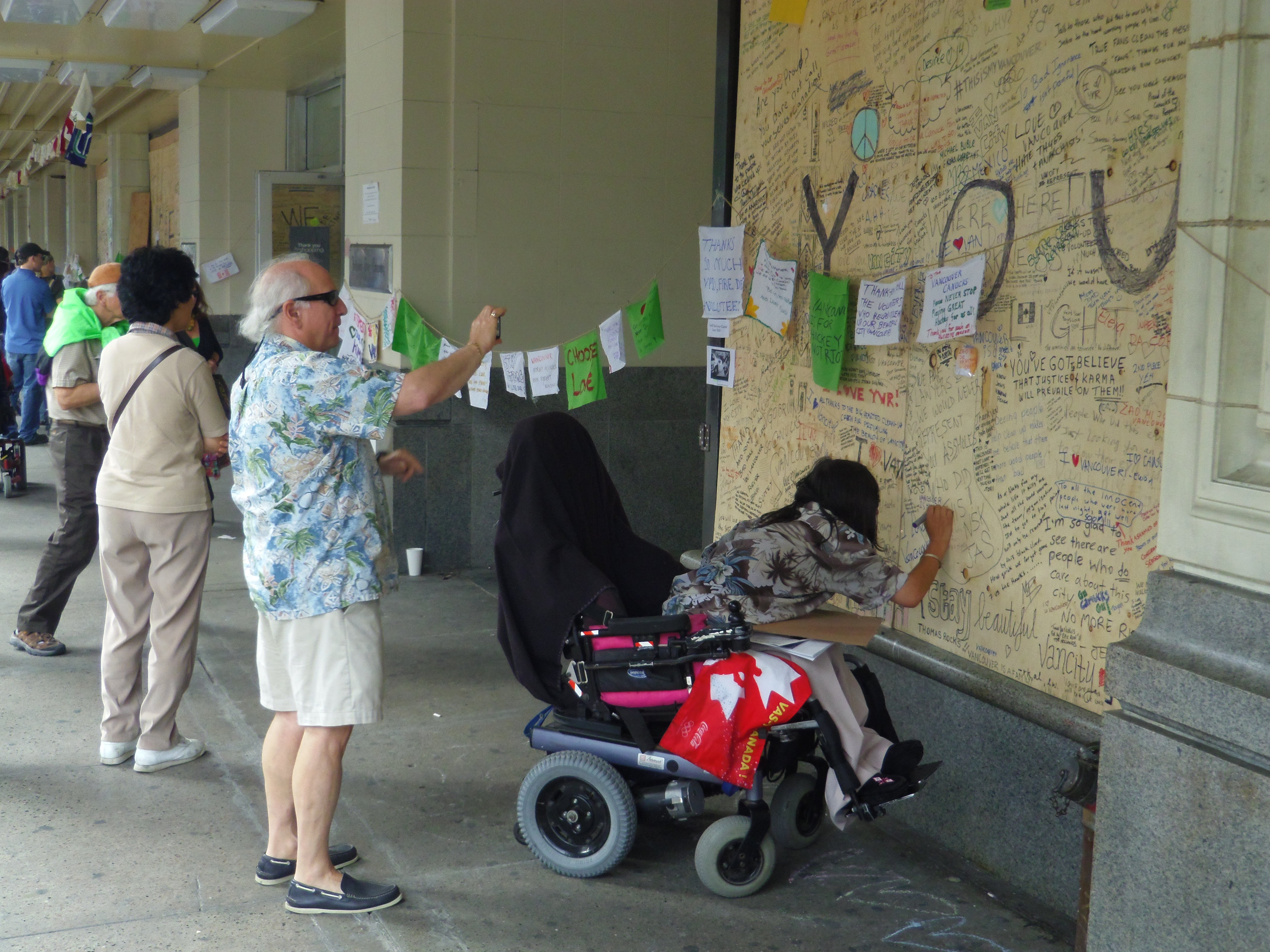 Thousands of Vancouverites flocked to the downtown core the next day to volunteer for cleanup duty. The boarded up windows that had been smashed the night before were literally covered with written messages of condolence, apology, anger, frustration and hope from disappointed residents. 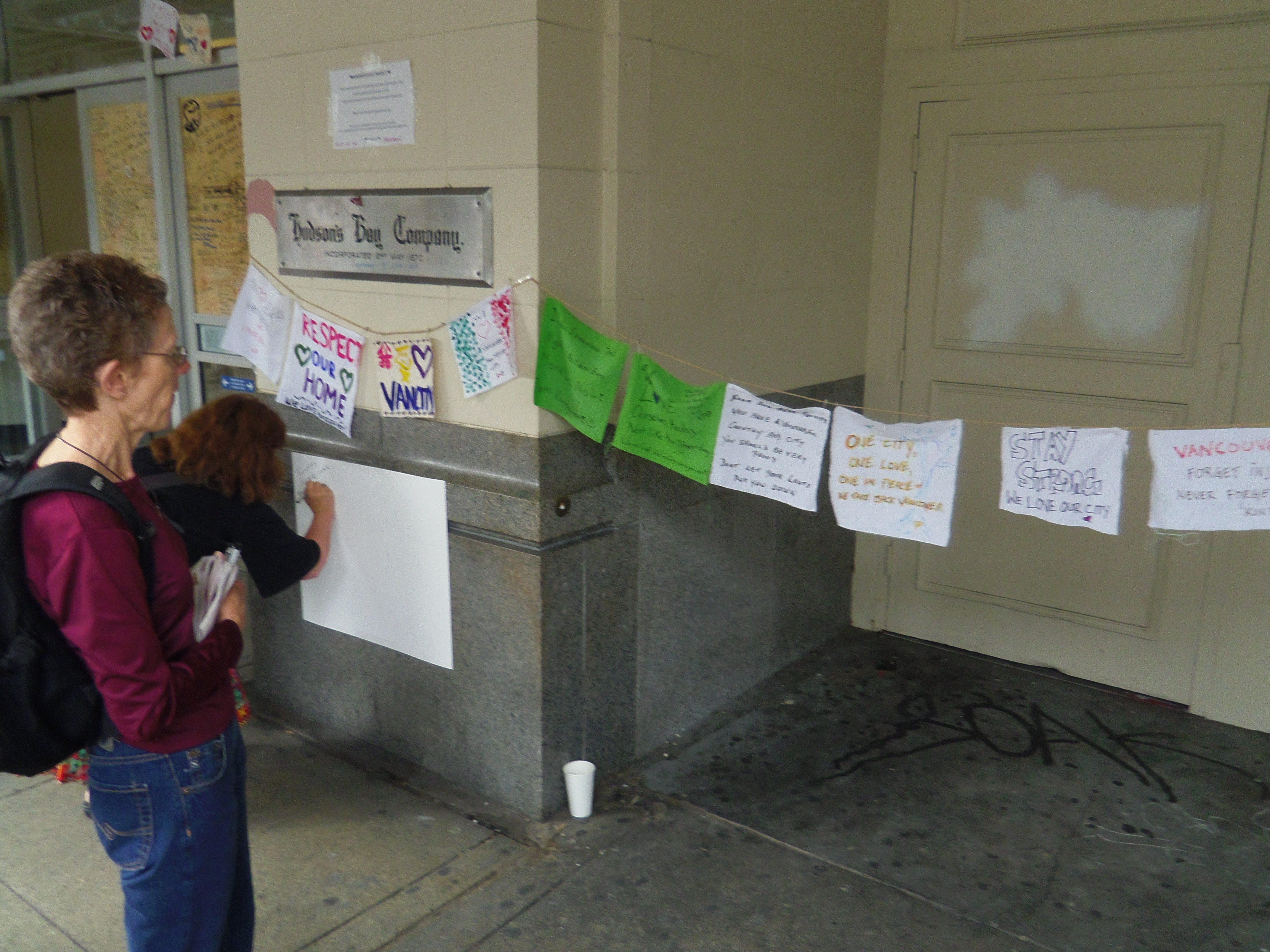 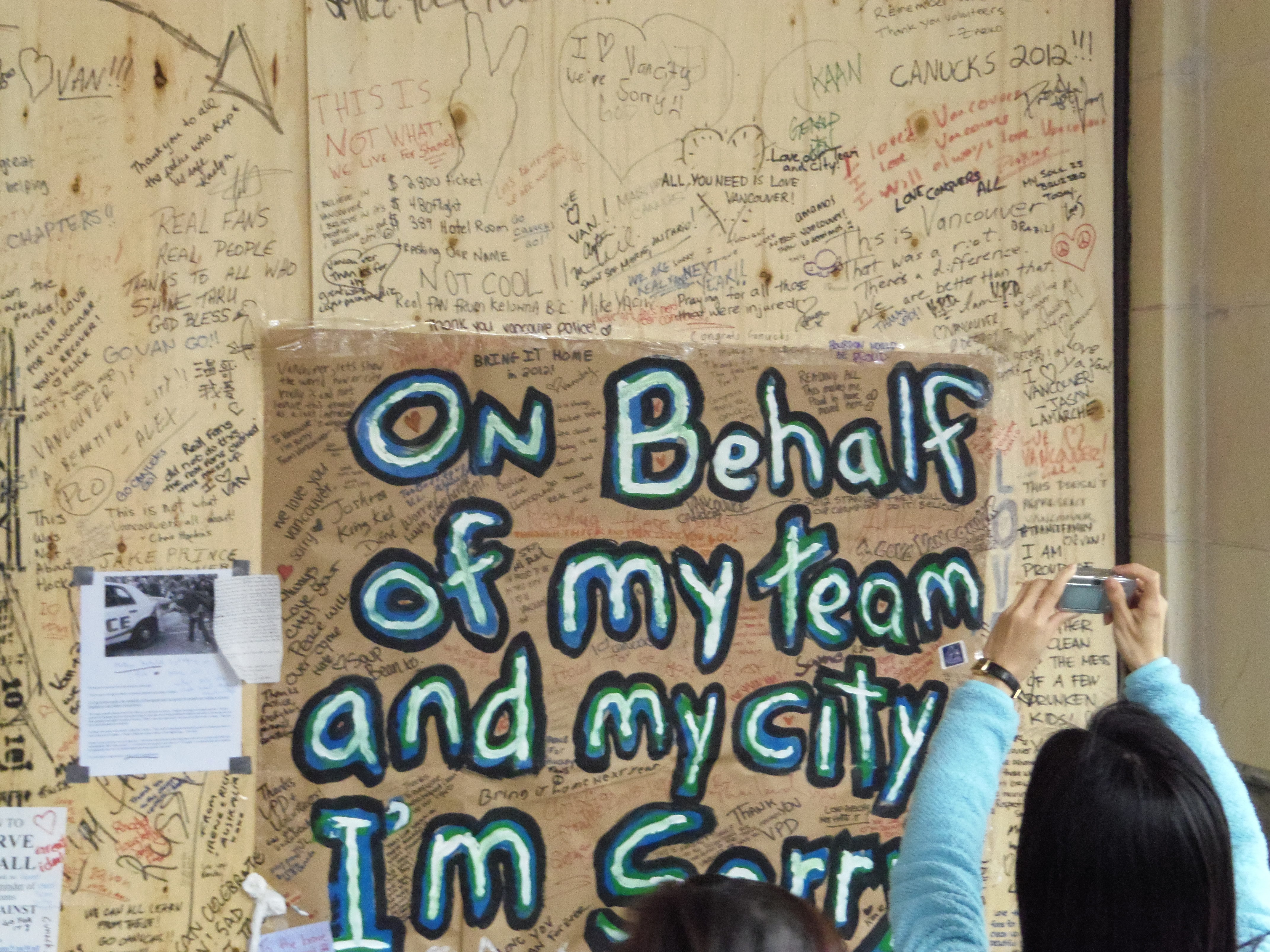 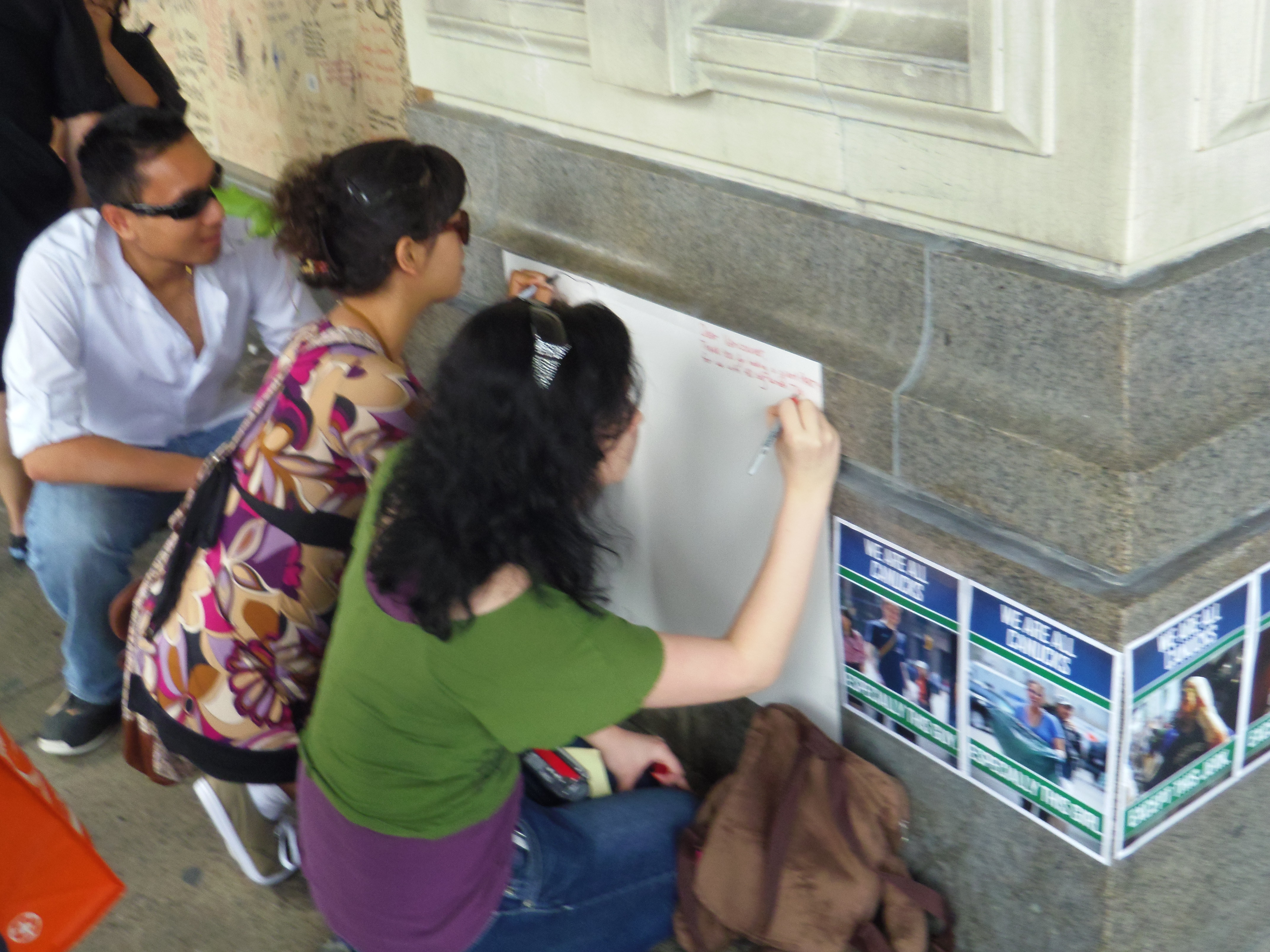 You can see these pictures and more in this gallery. I was also lucky enough to spot this fantastic busker who put into music what I think everyone in the crowd was feeling:

Anyway, it’s easy to focus on the negative aspects of humanity, but for the sake of our mental health we should remember that people are also capable great acts of kindness and justice. Vancouver will heal, and become stronger for the process. Those who tried to destroy my city have failed.

It’s bigger than you and me

Normalizing belief (pt. II) – in defense of aggression » « Movie Friday: So… this happened