Federal appellate court to Texas women – Sorry, sucks to be you.

A federal appellate court upheld some of the toughest provisions of a Texas abortion law on Tuesday, putting about half of the state’s remaining abortion clinics at risk of permanently shutting their doors and leaving the nation’s second-most populous state with fewer than a dozen clinics across its more than 267,000 square miles. There were 41 when the law was passed.

Ten clinics, for a state bigger than France. 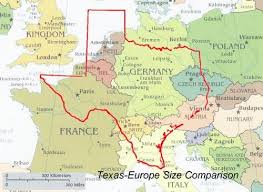 A three-judge panel of the appellate court, the United States Court of Appeals for the Fifth Circuit, in New Orleans, sided for the most part with Texas and the abortion law the Republican-dominated Legislature passed in 2013, known as House Bill 2.

The judges ruled that Texas can require all abortion clinics in the state to meet the same building, equipment and staffing standards that hospital-style surgical centers must meet, which could force numerous clinics to close, abortion rights advocates said.

In addition to the surgical standards, the court upheld a requirement that doctors performing abortions obtain admitting privileges at a hospital within 30 miles of a clinic. The court said that except as applied to one doctor working in McAllen in South Texas, the provision did not put an unconstitutional burden on women seeking abortions.

Because if those sluts need abortions they’d better damn well get out of rural Texas – and be prepared to wait in long lines, too. Serves them right.

Throughout the ruling, the Fifth Circuit judges cited the explanations given by the Texas Legislature for what is considered one of the most restrictive abortions laws in the country.

“Texas’ stated purpose for enacting H.B. 2 was to provide the highest quality of care to women seeking abortions and to protect the health and welfare of women seeking abortions,” the Fifth Circuit ruling read. “There is no question that this is a legitimate purpose that supports regulating physicians and the facilities in which they perform abortions.”

The decision by the Fifth Circuit, regarded as one of the most conservative federal appellate courts in the country, is expected to take effect in about 22 days. In the meantime, however, the clinics and their lawyers plan to ask the court to stay the decision while they appeal it. If the Fifth Circuit declines, the clinic lawyers said, they will seek an emergency stay from the Supreme Court that would prevent the ruling from taking effect while the Supreme Court considered whether to hear the case.

Because this situation is a fucking emergency for women who desperately need to stop being pregnant. This isn’t some game. It’s people’s lives.

Lawyers for the Texas clinics that sued the state said about 900,000 reproductive-age women will live more than 150 miles from the nearest open facility in the state when the surgical-center requirement and admitting-privileges rule take effect.

The Fifth Circuit panel found that the percentage of affected women who would face travel distances of 150 miles or more amounted to 17 percent, a figure that it said was not a “large fraction.” An abortion regulation cannot be invalidated unless it imposes an undue burden on what the Supreme Court has termed “a large fraction of relevant cases.”

Previously, a panel of the same federal appeals court ruled that Mississippi could not force its only remaining abortion clinic to close by arguing that women could always travel to neighboring states for the procedure. But the panel in the Texas case on Tuesday held that the closing of a clinic in El Paso — which left the nearest in-state clinic some 550 miles to the east — was permissible because many women had already been traveling to New Mexico for abortions, and because the rule did not close all the abortion clinics in Texas.

That’s the standard? It doesn’t close every last clinic in a state the size of Germany?

No conservation laws in effect wherever this is? » « For confronting the feminist thought police