Thousands of people marched in an Oslo demonstration against ISIS organized by young Muslims.

The demonstration, organized by young Muslims in Norway, gathered people of different religious and ethnicities together in Oslo against religious extremism and the crimes of ISIS in Iraq and Syria. The crowd filled the entire Grønland square as the demonstration started at 17.00.

After short talks by the organizers, demonstrators marched through Oslo streets towards Norwegian Parliement (Stortinget) with slogans of “No to ISIS”, “ISIS is not in Islam’s Name”, “Against ISIS terror for Peace”.

When the protestors arrived at Eidsvold space, in front of Stortinget, the number has reached to almost ten thousand, according to the organizers.

That’s good. More of that!

A young demonstrator Ali (16) said being in the demonstration is important to take away from extremists people and ideologies and say that we do not share the same principles and values with those extremists.

Among other politicians and stakeholders, Prime Minister Erna Solberg also had a speech during the demonstration. Solberg said all stand together against extremists.

– Today it is about what we believe. We all believe in freedom of speech, democracy, freedom of religion and the political discussion to take place without violence, said she in her speech in the end of the demonstration.

The crowd was apparently much bigger than expected. 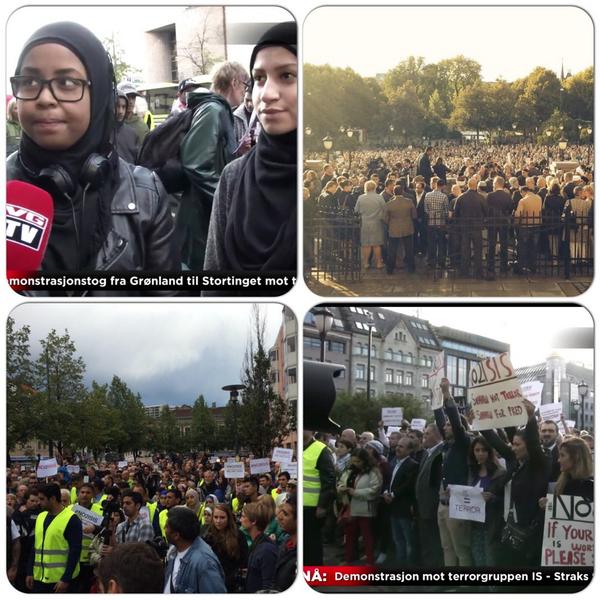 Their caste-designated occupation reinforces the social stigma » « Not scrupulously fair