cn: This was imported directly from my tumblr, and therefore has unsafe levels of tumblr politics.  I feel bad just mentioning this flag outside of tumblr, lest I spread it further.

I saw a flag with stripes of many shades of blue, and I looked up what it meant. Apparently it was proposed for gay men. Thanks, I hate it. 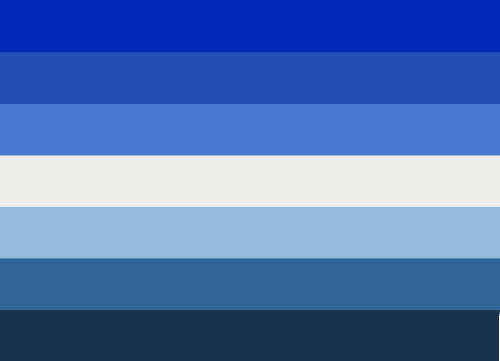 I appreciate the sentiment behind the flag. There isn’t a gay-male-specific flag because of the dominant position (in terms of visibility) that gay men have held among queer people for decades. Instead they get identified with the rainbow flag, and the rainbow flag gets identified with them. A gay-male-specific flag has the potential to remove gay men from the “default” position, to everyone’s benefit.

But I don’t like the choice of colors. Sure, I love the blue aesthetically, but color is a language, and this is communicating the wrong thing.

The colors are clearly inspired by the lesbian flag with many shades of pink. My understanding is that the pink-striped flag is a fairly recent creation, originally intended for lipstick lesbians, (edit: see comments) and then just lesbians in general. I have some issues with this conflation of lesbians with femininity, but as a gay guy I think that’s not up to me. 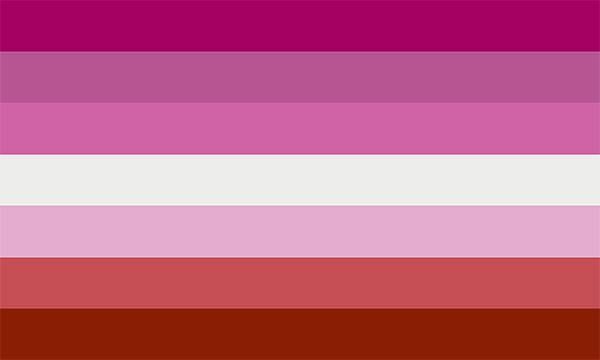 Anyway, the blue-striped flag takes that idea, and replaces the “feminine” pink colors with “masculine” shades of blue. It makes sense, and communicates a clear message. The problem is that the message is wrong. Gay men should not be represented by a flag that celebrates masculinity, in direct contrast to femininity.

The primary conflict of gay men, is that liking men is seen as feminine, and therefore inferior. This leads to internal conflict, with some gay men distancing themselves from femininity, and others playing it up. We’re all trying to find an authentic gender expression and it would be nice if we could all live with each other’s choices. This “masculine” flag is unwittingly taking sides in a conflict where no side should be taken, and it’s a disaster.