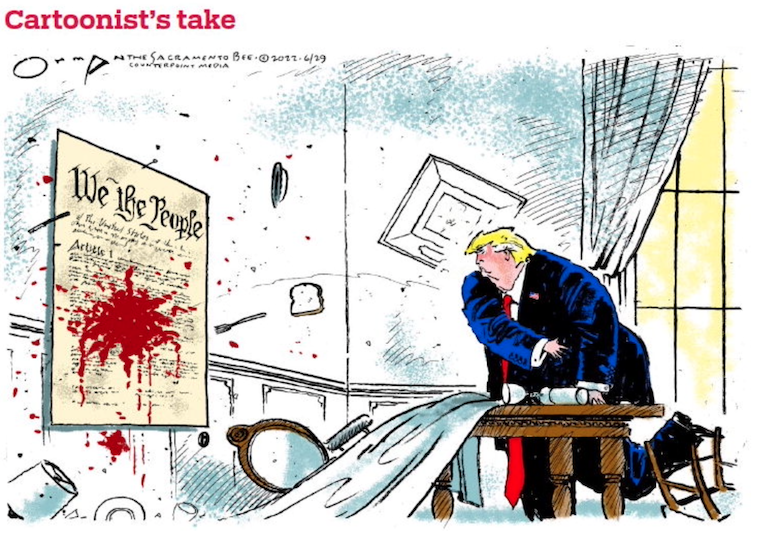 White House aide Cassidy Hutchinson’s testimony on Tuesday of Trump’s obnoxious behavior of throwing food and dishes and overturning all the content of a table when he is displeased reveals more than that of an adult who is childish. It also shows the utter contempt he has for people, such as the valet for his private dining room, who have to clean up after him. Needlessly creating work for those who work for you and having no concern for them is a sign of a narcissistic personality. But of course, we already knew that about Trump.

I notice that in all the attempts by Trump supporters to discredit her testimony, this description of Trump’s behavior has gone unchallenged, perhaps because it is so believable from what we already know about him.