Ohio and North Carolina compete to claim the honor of inventing the airplane. While the Wright brothers Orville and Wilbur were from Ohio, their first flight took place in North Carolina in 1903. In support of their state’s claim, the state of Ohio issued a license plate showing their plane carrying a banner that said “Ohio Birthplace of Aviation”.

Unfortunately for them, their image had the plane backwards so that it seemed to be actually pushing the banner. That really would be a first.

North Carolina took the chance to tweak Oho by suggesting that they should be forgiven since they were not there when the flight occurred.

Y'all leave Ohio alone. They wouldn't know. They weren't there. #FirstInFlight ✈️https://t.co/bKL1TlT1Z8

Ohio has said that it will scrap the plates already issued and provide new ones with the plane facing the correct direction.

We are aware that the plane on the new Ohio license plate unveiled this morning was oriented in the wrong direction. We regret this mistake and have fixed the image. This is the correct design that will be reflected on all new plates issued to Ohio drivers. ⬇️ pic.twitter.com/HAire7kr9M

One can understand the error. The design of the Wright’s plane is unusual by today’s standards. What looks like a tail wing or rudder is actually at the front and the pilot lay on the wing facing it. 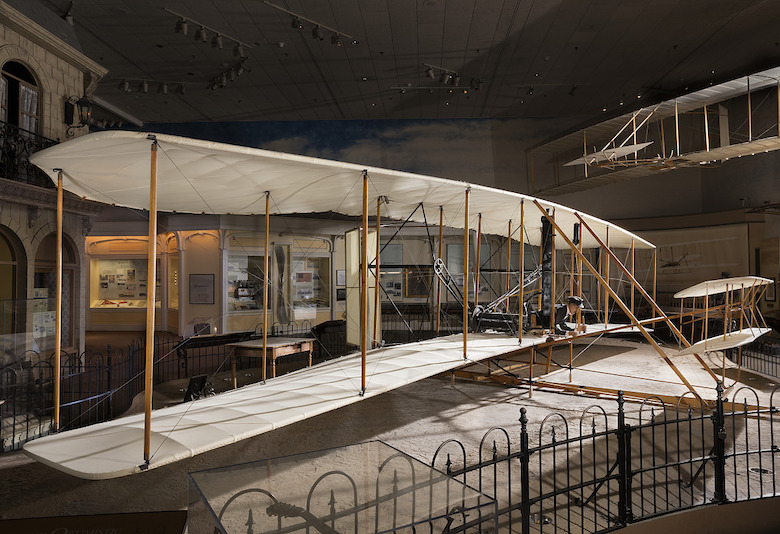 Actually, it is not clear that either state can make the claim to being the first in flight since there are historians who say that that first flight did not meet the criteria set at that time. Other claimants are Alberto Santos-Dumont of Brazil and Gustave Whitehead of Connecticut.

I find that pretty much any claim in science or technology to be the ‘first’ to achieve something can be disputed. What can be justified is that before some date X, it had not been achieved and after some date Y, it had. In between, there is usually much activity involving many people. This is because few new ideas in science and technology appear out of the blue. A climate has been created in which many people were working on the same problem with varying degrees of success and who was first depends upon the criteria that are chosen.

More pun fun » « Atheists, agnostics, and Catholics are the most supportive of vaccines