It is bad enough that in the US people are killed by police when they have toy guns or toys that look like guns but do not fire anything or guns that are less lethal, like BB guns. They have even been killed when they had a cell phone or a wallet in their hand that the police claim they mistook for a gun. What is one to make of a company that markets real guns that look like toys? 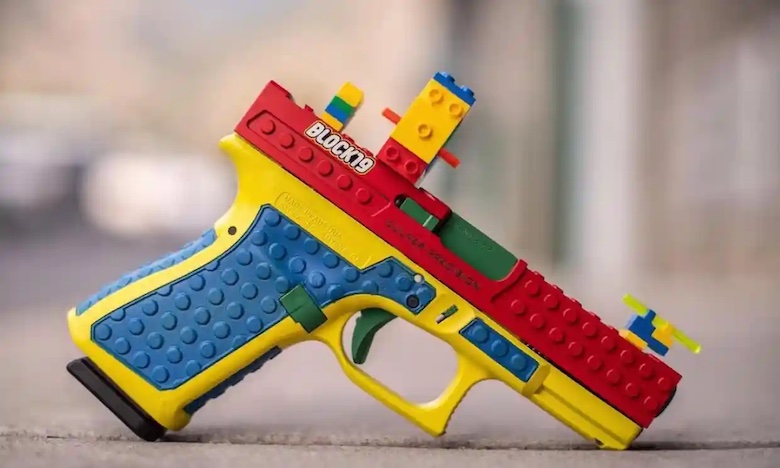 A Utah company has stopped selling a kit that encases Glock handguns in Lego blocks, amid uproar and after the Danish toymaker demanded it cease and desist.

Marketing the “Block19” as a “a childhood dream come to life”, Culper Precision introduced it on Instagram, saying: “We wanted the second amendment to simply be too painful to tread on, so there was only one logical solution.”

Red, yellow and blue blocks made the original weapon barely visible, disguising it as a child’s toy.

What caused the company to stop selling it was not because they realized that it was a dangerous idea but because they got a cease-and-desist’ letter from the Lego toy company who naturally did not want their toy being associated with weaponry.

But the company doesn’t appear to be apologetic. In a Tuesday Instagram post, Culper Precision said “our business is taking a firearm of known value” and transforming it into a “personalized invaluable treasure for a fair price”.

It added that people “have the right to customize their property to make it look like whatever they want”.

Guns are dangerous things. Blurring the distinction between guns and toys is just madness.