As part of his xenophobic, racist, nativist, anti-immigrant campaign, Trump pushed for a ‘big, beautiful wall’ along the border that Mexico would pay for. Like most of that blowhard’s promises, it was a sham. The useless wall is neither big nor beautiful nor did Mexico pay for it. Trump built a total of 453 miles of wall but many parts of it were not contiguous making it even more useless. Worse, the process of construction led to the carving of access roads and blasting staging areas that left horrible scars on a pristine, beautiful landscape, scars that will lead to further erosion over time. I hope this becomes known as Trump’s Folly.

Laiken Jordahl, a borderlands campaigner for the Center for Biological Diversity, described a similar scene in the Coronado National Memorial, an otherwise protected landscape. He called it “completely surreal.”

“We’ve got a mile section of wall standing as an island in the middle of these rugged mountains, with nothing on either side of it,” he told Insider.

“It’s got half-dynamited hillsides that will just start eroding away as soon as it rains, destroying more habitat and wilderness land.

“It’s infuriating – they’ve destroyed so much in order to put up this tiny section of wall in the middle of a beautiful national park and national forestland.”

John Darwin Kurc documented the atrocities at the above link. Here are two of his photographs. 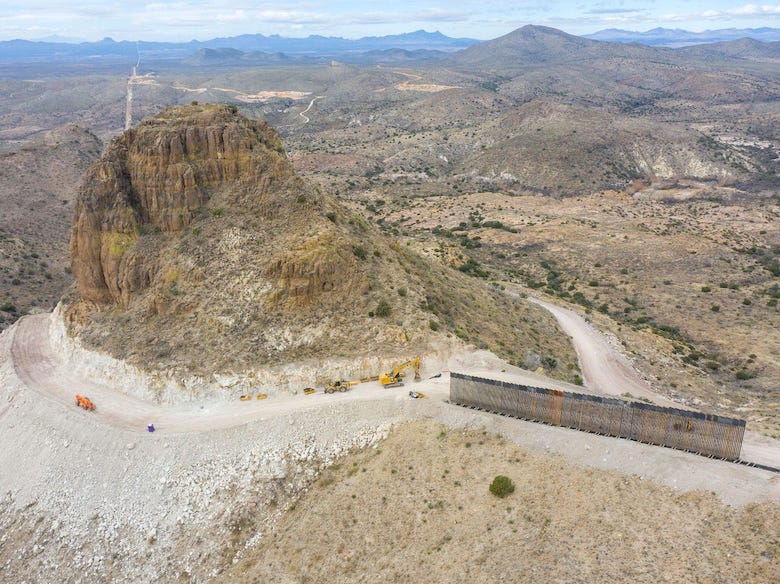 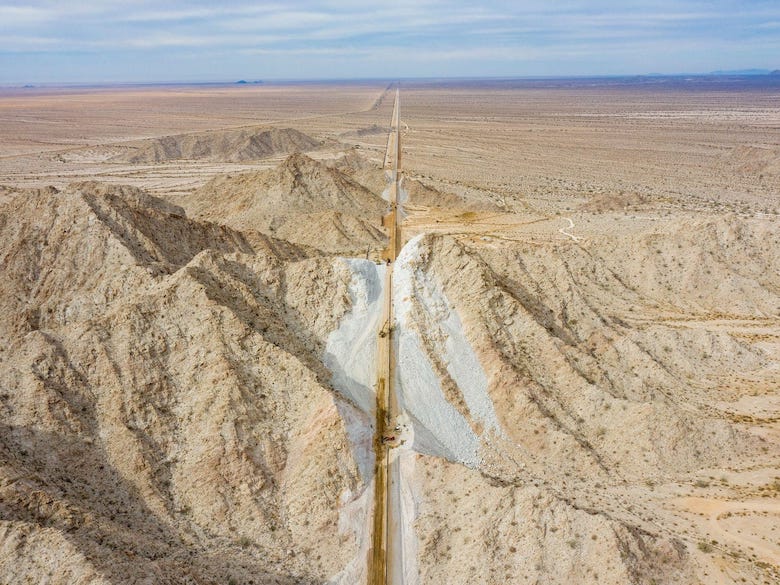 And here is aerial footage.

My friend Jose and I toured some of the Cuenca Los Ojos ranch land, in Mexico, yesterday to look at the ecocide that the US has created. All of the damage in this area was for NOTHING! A “wall” will never be built! #cuencalosojos #nomorewall #nomoredeaths pic.twitter.com/OCRRDrgtz8

A colossal waste of money that destroyed a harsh but beautiful landscape, a physical example of Trump leaving ruin in his wake.