There were many things that I hated about the Trump administration but one of the most gratuitously revolting things was how in its last days, we had the grotesque spectacle of Trump and his attorney general Bill Barr rushing through the executions of people on federal death row. There was absolutely no reason for this killing spree except that with Joe Biden being against the death penalty, Trump and Barr mush have feared that those people might be reprieved once Biden came into office. Trump and Barr did not want to give them any chance of life. It was truly sickening. One should never take away someone’s life. To rush to do so when you did not have to reveals the existence of a deeply disturbed mentality.

But one result of that Trump-Barr death desire was that it has rejuvenated the anti-death penalty movement, starting at the federal level. As Liliana Segura writes:

Amid the coronavirus pandemic, presidential election, and right-wing insurrection, Trump’s execution spree ended much like it began, with three killings carried out back-to-back over the course of one week. In all, 13 people died in the federal death chamber between July 2020 and January 2021. If not for the abrupt departure of Attorney General William Barr and a major Covid-19 outbreak on federal death row in December, the number may well have been even higher.

Although it took some time for Americans to start paying attention, the killings revitalized the fight against the death penalty in the United States. Many of the executions were emblematic of capital punishment’s enduring unfairness, and the final three were no exception. Lisa Montgomery, the only woman under a federal death sentence, had lived a life marked by extreme trauma and mental illness. Johnson was killed despite a Supreme Court ban on executing people with intellectual disabilities. And Dustin Higgs, the last man to die, was executed for three murders carried out by another man, who had since said that the government’s case was “bullshit.” All of the last six men killed were Black.

Many groups are joining together in the movement to abolish the death penalty.

A coalition of leading US civil and human rights groups is calling on Joe Biden immediately to commute the sentences of all 49 federal death row inmates and reinstate a moratorium on executions carried out by the US government.

Led by the Leadership Conference on Civil and Human Rights and joined by 82 major organisations including the American Civil Liberties Union and Amnesty International, the coalition has written to the president, urging him to put an end to the federal death penalty.

The plea follows a similar urging from Democrats in Congress and comes after an unprecedented killing spree that marked the bloody end of Donald Trump’s presidency.
…

Until Trump revived the practice, the US government had played a relatively minor role in capital punishment, leaving the bulk of the blood-letting to individual states. But last year, after a 17-year hiatus, federal executions restarted.

Most of the people facing the death penalty in the US do so in state courts and are covered by state laws. Colorado abolished the death penalty last year and it is encouraging that Virginia is poised to become the 23rd state to abolish it. More significantly, it is the first southern state to do so.

Virginia has been the national leader in carrying out executions for more than 400 years, according to the Death Penalty Information Center. Nearly 1,400 people have been killed by the government in Virginia, according to a count by the organization.

Republican states are more likely than not to have the death penalty while Democratic states have mostly abolished it as can be seen in these comparison maps. 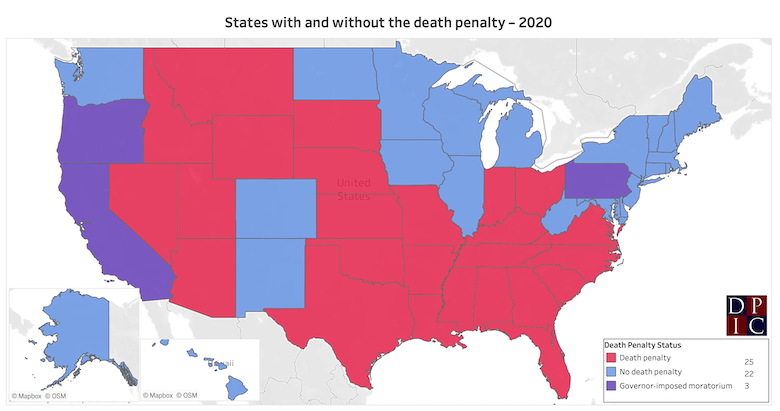 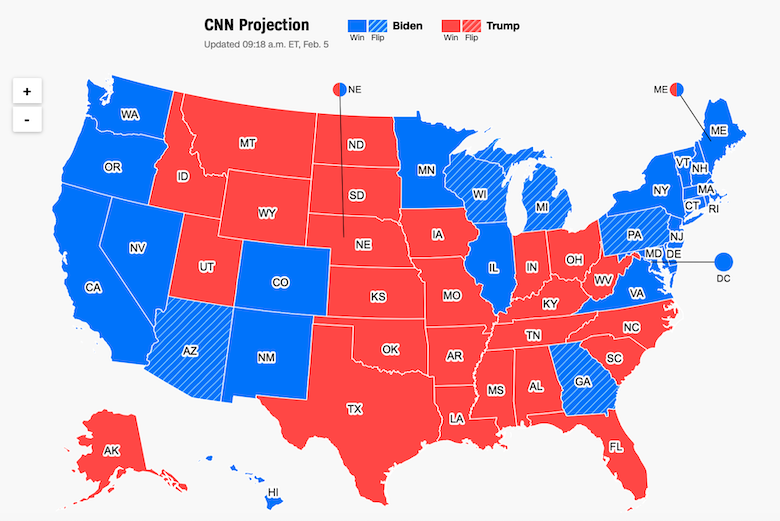