I have been following the developments in driverless vehicles with interest. It is not just out of curiosity about the science and technology behind it, though those things do have considerable interest. It is also out of potential personal benefit. As I get older, I am aware that at some point it may not be safe for me to operate a vehicle. That would definitely restrict my movements though the ride share services have solved part of the problem.

So I was interested that California has authorized the robotics company Nuro to use driverless vehicles for commercial delivery services, another step in the development of such vehicles for general use. 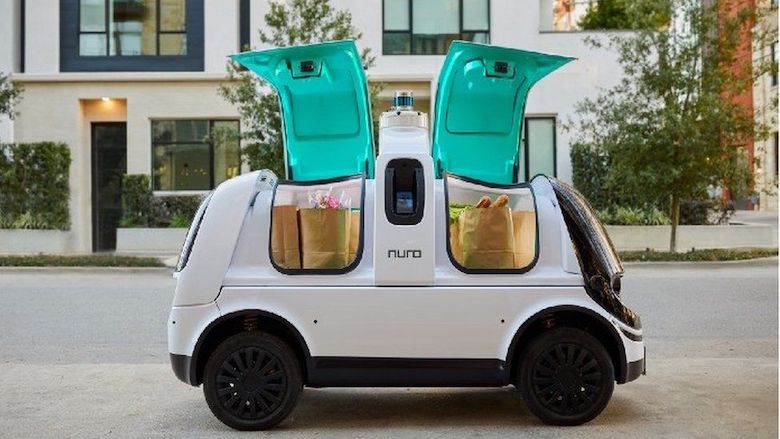 Its vehicles are designed to operate without a driver or passengers in them.

The R2 uses radar, thermal imaging and 360-degree cameras to direct its movement. And it lacks a steering wheel, pedals or side-view mirrors.

The vehicle has an egg-shaped frame that is smaller than most cars in the US. It also has two temperature-controlled compartments for deliveries. Doors raise up to reveal the items once a code has been entered by the recipient.

During a previous trial in Houston, Texas, in February, the R2 delivered pizza for Domino’s Pizza, groceries from supermarket chain Kroger and goods for Walmart.

Driverless taxis have already been tried in Phoenix, AZ and Shanghai, China.

The true meaning of Christmas » « Jared Kushner’s father is a real creep, gets Trump pardon