Neoconservative warmonger Bill Kristol is wrong about pretty much everything and this tweet from him should give the rest of us a good idea of whom NOT to support in the Democratic primary.

I very much prefer Biden or Buttigieg or Bloomberg or Klobuchar to Warren. But the idea that one term of Warren would pose anything like the threat of a second term for Trump to the basic norms and institutions of our liberal democracy, including to free markets, is laughable.

So that rules out Biden, Buttigieg, Bloomber, and Klobuchar. The fact that he gives a lukewarm endorsement of Elizabeth Warren should make her pause to try and understand where she is going wrong.

I think it is safe to say that, by omission, Kristol hates Bernie Sanders and that should be taken as a very good sign for Bernie.

Tom Tomorrow has some thoughts on this. 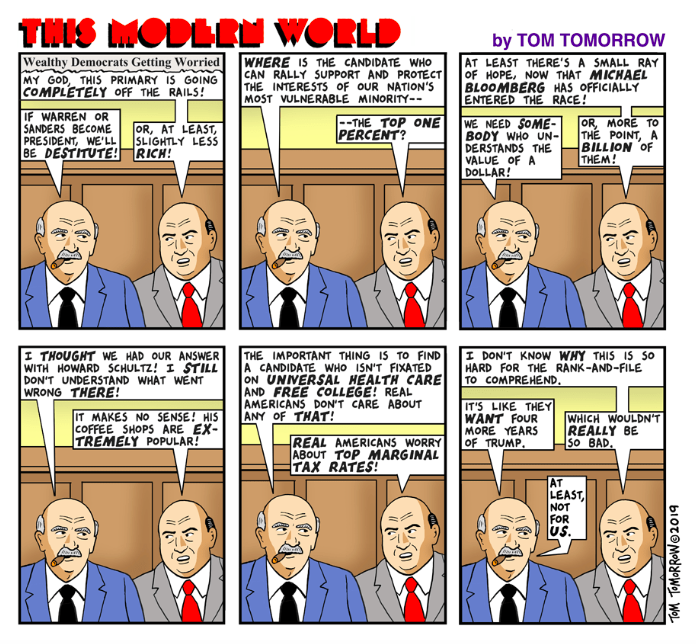