With his tweets demanding that four congresswomen of color go back to where they came from, and presiding over a rally where his supporters chanted “Send her back” about one of them Ilhan Omar while he looked on, Donald Trump has gone into full-bore racist mode and it is clear that almost all Republicans are still supporting him but are desperately trying to avoid answering whether his tweets are racist

It should be clear to everyone that Donald Trump’s re-election strategy is to go full-bore racist. The hard-core racists are loving it. His manifest lie, again caught on tape, that he tried to stop the chants is designed to give his kinda-sorta racist supporters an excuse that they can believe in and continue to support him while denying that they themselves are racist.

Samantha takes on other elements of the racism

And here is Matt Bors. 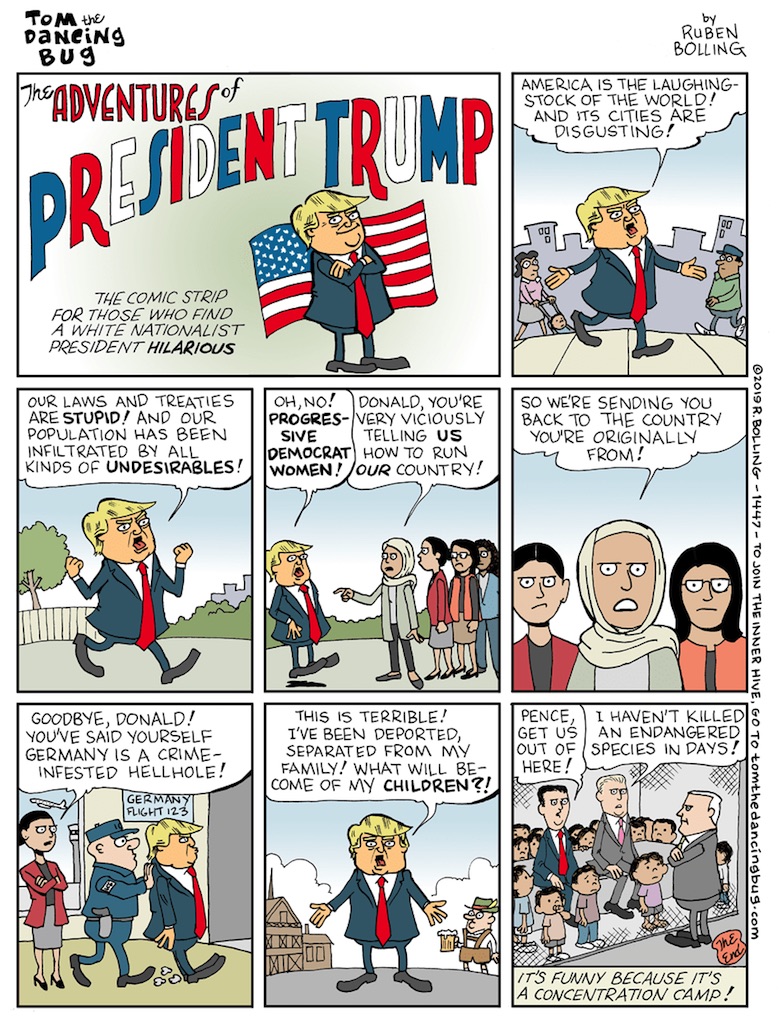