Under normal conditions, the elections in the UK for their allocation of 73 seats in the 750-seat European parliament would not command much attention. But these are not normal times in the UK as it struggles to find a way out of the mess following the Brexit referendum, where they cannot seem to find a way to leave but also cannot agree on whether to stay. Calls for a second referendum abound but both major parties have been ambivalent on the issue, reflecting the ambivalence of those parties on whether leaving the EU is a good idea or not. 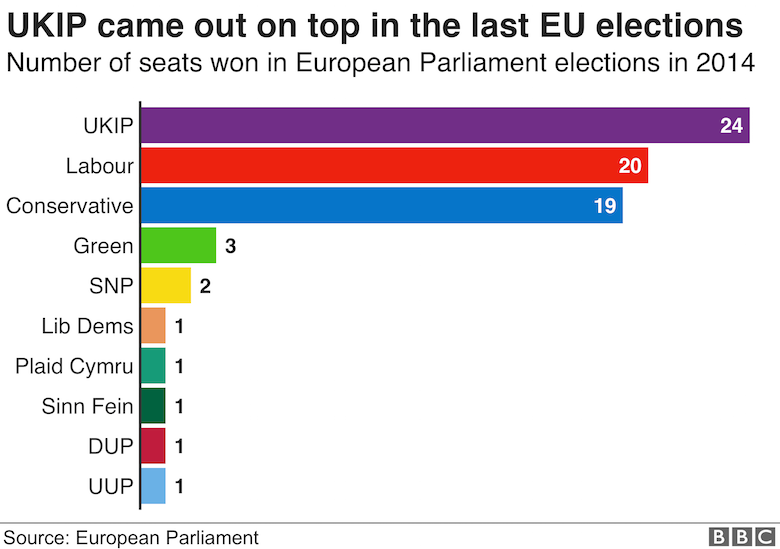 Since then, there has been some shifting around due to defections and realignments, the major ones being that the strongly pro-Brexit Ukip that had the most seats with 24 has been reduced to just 3, with most of them forming the new Brexit party with 14 seats.

Currently, the following parties are strongly pro-Remain: the Liberal Democrats, the Scottish National party, and the Green party, along with a group of defectors from the Labour and Conservative parties who have formed another new party called Change UK.

The performance of these two groups may provide an indication of where sentiment on Brexit currently lies. Even with the two major parties Conservative and Labour, even though the parties themselves have been ambivalent, the individual constituencies and the party members standing for election have views on whether to leave or remain so their performance can also serve as an indicator.

What we can be sure is that after the election, there is going to very close examination of what it all means.

It looks like May is going to be a busy month. Australia votes for its parliament on May 18, the month-long Indian elections wrap up on May 19 with the results to be announced on May 23, and EU parliamentary elections run from May 23 through May 26.