One of the most laughable claims made recently is that made by billionaire vanity presidential candidate Howard Schultz that he occupies the center of American politics. Mehdi Hasan writes that it is time to reclaim the label ‘centrist’ and assign it to the people to whom it rightly belongs, those who represent the views of the broad swathe of ordinary people. That means people like Bernie Sanders, Elizabeth Warren, and Alexandria Ocasio-Cortez and decidedly not to the people that the media describes as such: Michael Bloomberg, Amy Klobuchar, Joe Biden, and Howard Schultz.

“It’s easy to call what AOC is doing as far-lefty, but nothing could be farther from the truth,” Nick Hanauer, the venture capitalist and progressive activist, told MSNBC in January. “When you advocate for economic policies that benefit the broad majority of citizens, that’s true centrism. What Howard Schultz represents, the centrism that he represents, is really just trickle-down economics.”

Hanauer is right. And Bernie Sanders is centrist too — smeared as an “ideologue” (The Economist) and “dangerously far left” (Chicago Tribune). So too is Elizabeth Warren — dismissed as a “radical extremist” (Las Vegas Review-Journal) and a “class warrior” (Fox News).

The inconvenient truth that our lazy media elites do so much to ignore is that Ocasio-Cortez, Sanders, and Warren are much closer in their views to the vast majority of ordinary Americans than the Bloombergs or the Bidens. They are the true centrists, the real moderates; they represent the actual political middle.

Hasan goes on to point out that polls show that ideas like the Green New Deal, plans for soaking the rich through higher taxes, single-payer universal health care system, Medicare for All, debt-free and tuition-free college, gun control, abortion, legalized marijuana, and reducing mass incarceration all have majority support (sometimes by large margins) and yet are represented in the media as ‘fringe’ or extreme’ positions.

“When we say moderate what we really mean is what corporations want. Within both parties there is this tension between what the politicians who get more corporate money and tend to be part of the establishment want — that’s what we tend to call moderate — versus what the Tea Party and more liberal members want”

You want to find the moderate middle? Then ignore the right-wing hacks, the conventional wisdom-mongers, and the donor class. Go check out the policy platforms of Alexandria Ocasio-Cortez, Bernie Sanders, and Elizabeth Warren. 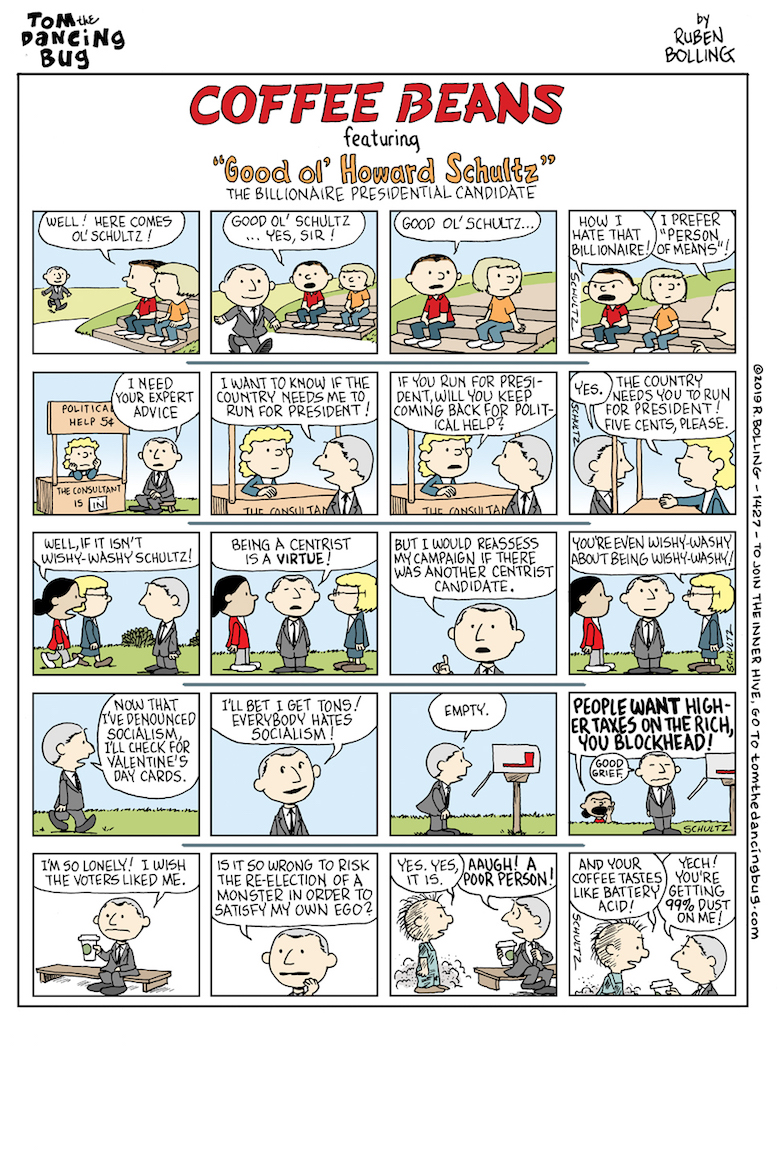