I watched the Brett Kavanaugh hearings where he began with a long 45 minute opening statement. The challenge for Kavanaugh was to be more credible than Christine Blasey Ford. He gave a Trump-like political speech, coming out with guns blazing and attacking Democrats as engaging in a political witch hunt, though he did not use the term. His opening statement was very angry. He was red faced and scowling and he choked up at times, almost in tears, and denied everything. He took a leaf out of Clarence Thomas’s hearings and accused all who opposed him of a a vast left-wing, Democratic conspiracy against him that made false accusations to take him down as part of a political agenda. All that was missing was to use the Thomas language of a ‘high-tech lynching’. He seemed almost out of control. If Ford had talked like Kavanaugh, she would have been described as hysterical.

During the questioning by Democratic senators, he was repeatedly asked if he would agree to an FBI investigation of all the allegations and he kept filibustering. He also refused to ask his friend Mark Judge to give evidence. He was also filibustering Leahy about his drinking.

It was clear after about 10 minutes that the Republicans felt that his hearing were not going well and that there was a need to vigorously support Kavanaugh so they gave up on outside counsel Rachel Mitchell after she took the time of two senators. They began to make speeches in his defense, beginning with Lindsey (Sir Robin) Graham. Freed from the terrifying fear of questioning a woman, he went into his old and tired shtick of phony outrage, lashing out at everyone who opposed Kavanaugh. Mitchell was relegated to the status of a potted plant.

Kavanaugh did a lot of filibustering to avoid giving direct answers. Senators Cory Booker was very effective in stopping the filibustering and pushing Kavanaugh to concede that Ford was not part of a despicable plot. Kamala Harris also was effective in countering his filibustering. Republican Chuck Grassley took advantage of his position as chair to become a defense attorney.

Republican senator Jeff Flake took the one-minute assigned to him to make his usually plea for civility and thoughtfulness but he has a record of making such impassioned pleas and then voting exactly as the party wants him to.

The judiciary committee has scheduled a vote for tomorrow and if they approve of his nomination (which will likely be along party line 11-10), the full senate will vote early next week. I suspect that the senate too will vote along party lines to approve him 51-49. 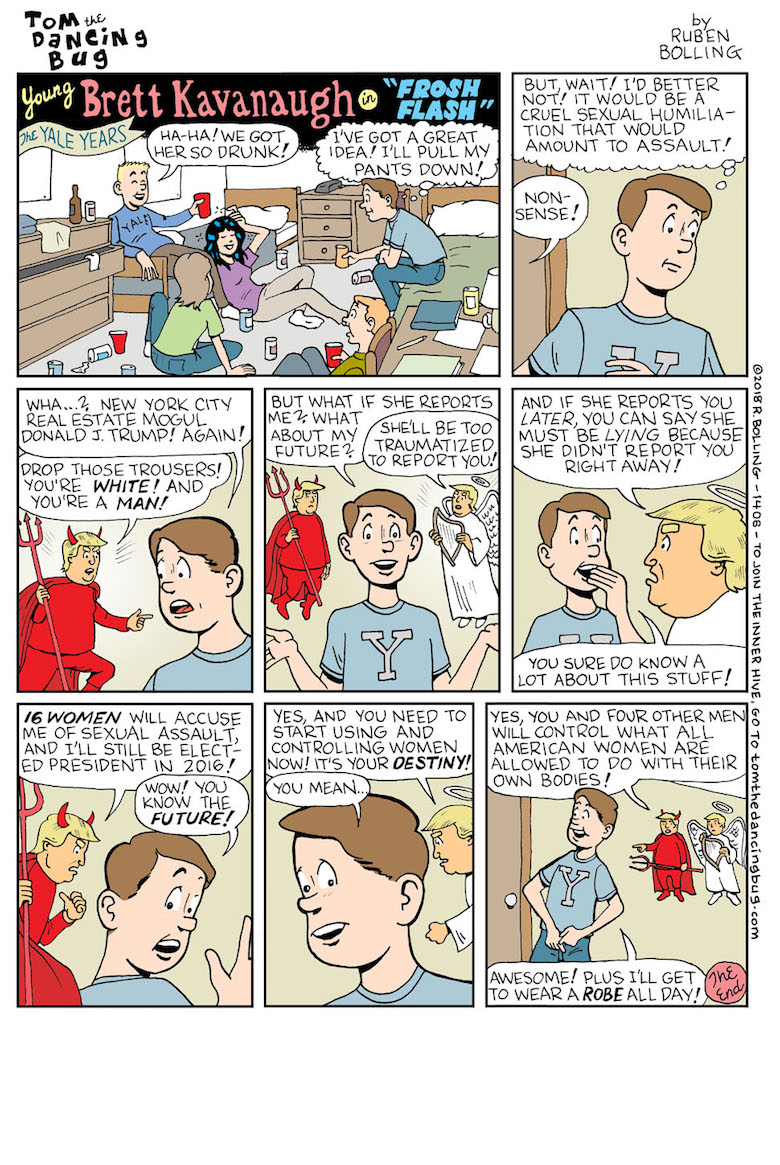 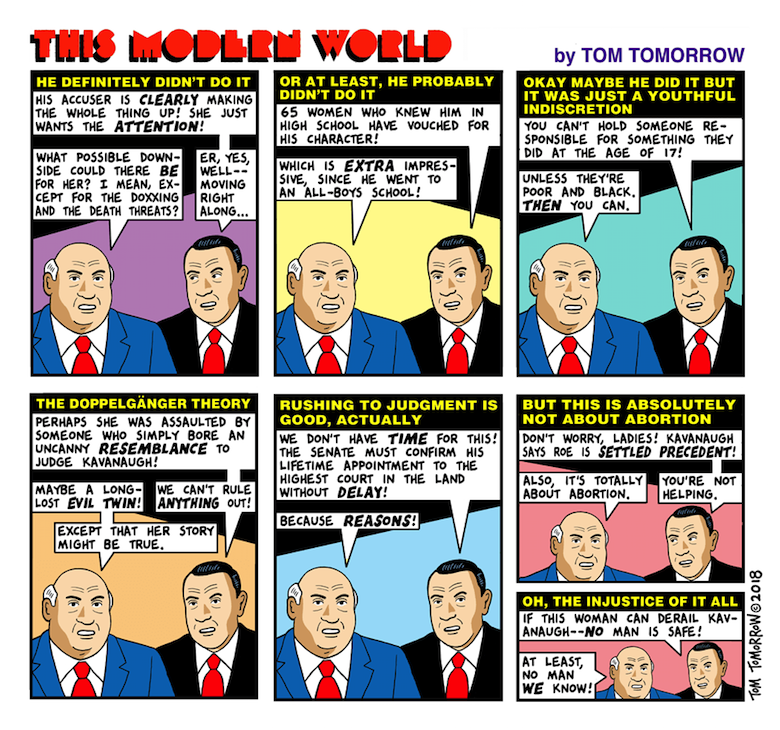