I have written before about my enjoyment of the excellent TV comedy The Good Place and gave it a rave review. One of the things I noticed is that there are many hidden jokes that either fly by very fast or that are on the periphery of your vision. Some of those involve the complicated points system for every single action and whose final total at death is used to determine whether you are a good person, deserving to go to the Good Place or a bad person who needs to go to the Bad Place. Samples of the point system flash by on a screen too fast to see more than one or two. You have to freeze the frame to read them all and this website has grabbed a couple of them. 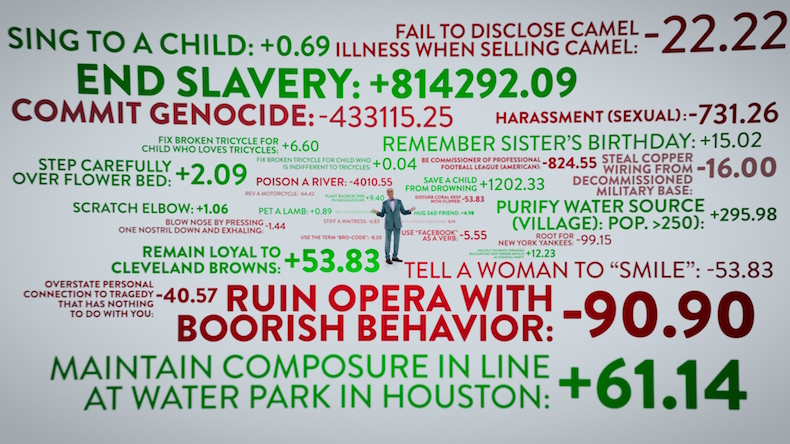 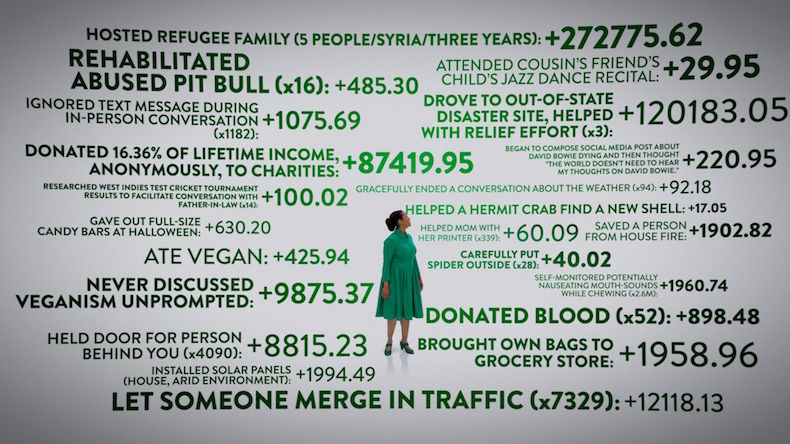 In the second season, they have a simulation of the famous (or should I say infamous) ‘Trolley Problem’ and I noticed the trolley racing past a movie theater and obscuring the marquee. Suspecting that I was missing something, I went back and froze the scene and saw that the films that were showing in the cinema were called Strangers Under the Train and Bend it Like Bentham, which gave me a good laugh, since Jeremy Bentham is the founder of the school of philosophy known as utilitarianism that is put to the test in the trolley problem.

But I began to wonder about the purpose of such hidden jokes. Why insert them so briefly or subtly that most people will miss them? I took the trouble to go back and find those scenes and freeze them so that I could read everything. I suspect that most people will either not notice them at all or even if they suspect they missed something, won’t be bothered to go back

Maybe the writers just had fun during brainstorming sessions coming up with these jokes but did not have room to give them too much prominence and left them in that form as bonus humor for those interested enough.