The latest gossip about the shenanigans in the White House comes via a new book written by former aide Omarosa Manigault Newman. In it she claims that her former boss Donald Trump is a racist, misogynist, and bigot. Is anyone really surprised by this?

Donald Trump is a “racist” who has used the “N-word” repeatedly, Omarosa Manigault Newman, once the most prominent African American in the White House, claims in a searing memoir.
…

She also claims that she personally witnessed Trump use racial epithets about the White House counselor Kellyanne Conway’s husband George Conway, who is half Filipino. “Would you look at this George Conway article?” she quotes the president as saying. “F**ing FLIP! Disloyal! Fucking Goo-goo.”

Both flip and goo-goo are terms of racial abuse for Filipinos.
…

In another damning passage, she describes his “broken outlook” and how “the bricks in his racist wall kept getting higher”, wondering if he did “want to start a race war”. She adds: “The only other explanation was that his mental state was so deteriorated that the filter between the worst impulses of his mind and his mouth were completely gone.”

What I was interested in was her claim that he uses a tanning bed, something other people in the White House say they have not seen. That latter fact may explain something that has puzzled me when I see close-up photos of Trump, and that is that the area around his eyes seem lighter in color than the rest of his face, sometimes referred to as ‘reverse raccoon eyes’. I do not know anything about tanning but I assume that users have to wear some shades to protect their eyes from the UV rays and this can cause that look. 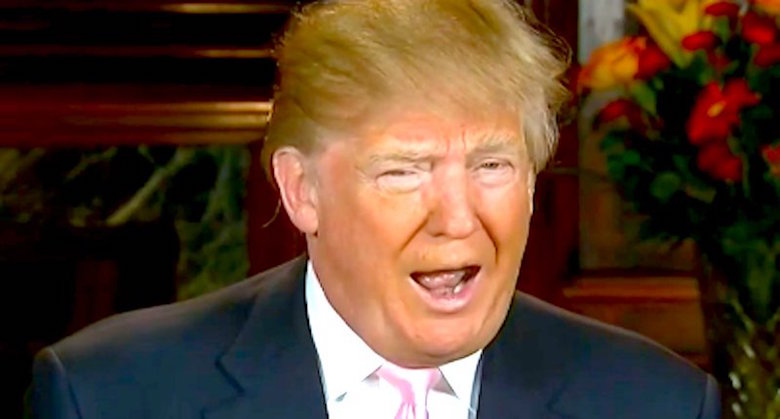 But what really surprised me was this statement: “She once walked in on Trump chewing up a piece of paper and seemingly swallowing it in the Oval Office.”

What? Was he feeling peckish and couldn’t wait for his usual meal of a Big Mac and Diet Coke? Was it a secret love letter from Putin? Was it his tax returns? Inquiring minds want to know. It is the kind of silly detail that rings true because who, other than an imaginative fiction writer, could make up such an absurdity?

Manigault Newman seems anxious to milk her knowledge to maximum effect, telling people that she has more explosive knowledge than what she published, such as the names of the illegitimate children fathered by Trump.