This Reuben Bolling cartoon reflects a common situation. If you are ever tempted to start giving your opinion on something with the preamble “I know this is not politically correct but …” or “I know this is going to upset some people but … ” or “You may not like what I’m going to say but …”, it is probably a good idea to think twice, because the chances are that what you are going to say is really offensive or poorly thought out and is going to get you in trouble. 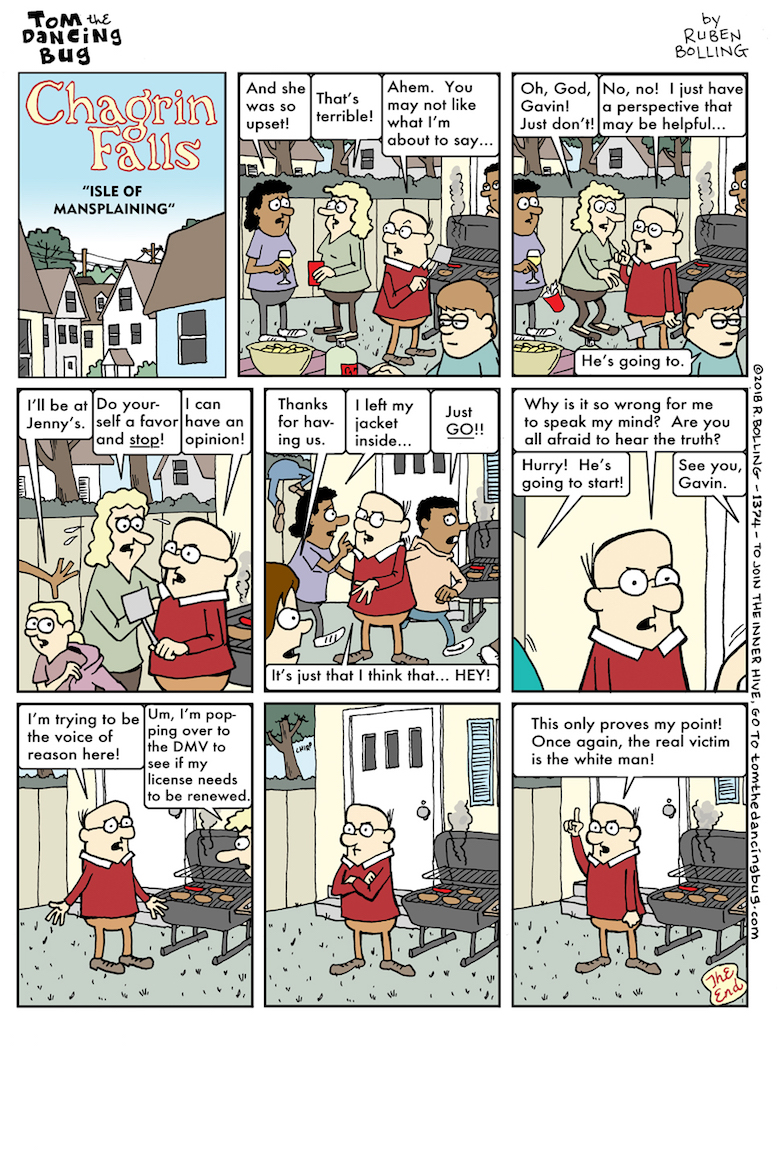 I have a friend who is like Gavin and when he starts that way, I quickly jump in and say, “Maybe it is better not to say it”. But he never listens and does so anyway. Then when he is challenged on it, he invariably retreats into more and more indefensible positions. The most recent instance occurred when during a discussion of all the sexual abuse cases in the news, he used the preamble “You may not agree with this but …” to lament the fact that men could no longer tell a woman that she was looking pretty or give a friendly hug without being viewed with suspicion and that this was reducing the warmth and quality and friendliness of human interactions and creating a more cold world. He is totally opposed to sexual harassment of any kind but felt that the boundaries now being drawn went too far. His point was that he would be pleased if a woman complimented him on his looks, so why should it be different if he did the same to a woman?

He could not understand that the power dynamic that exists in our society, in which men and women are not on an equal footing, prevents that kind of reciprocity.. When a woman is complimented on her looks by someone who is not a close friend or relative, she might well be wary about the motives of the person doing so because of fears as to where it might lead. Hence she has to quickly figure out how best to respond without giving offense. A man usually has no such fears when a woman does so. The situation is compounded in the workplace where they may be an actual hierarchy that separates the two. My friend could not understand that keeping things on a professional level could not only exist alongside with a friendly relationship, it would prevent all manner of awkward misunderstandings.