In addition to benefiting the wealthy in general, the Republican tax proposal that passed today in the House of Representatives by a margin of 227-203 and will be passed by the senate later today personally enriches Donald Trump and legislators who voted for it. The graphic below (via Karoli Kuns) shows how a last minute provision will personally benefit 14 Republican senators, the biggest beneficiary being Bob Corker who switched to voting in favor of the bill after this provision was inserted. 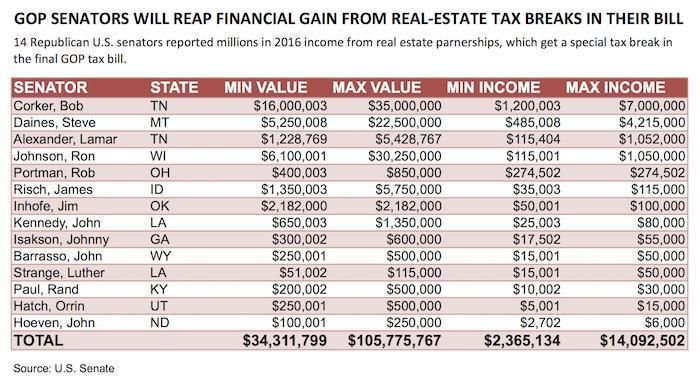 Back to the future: Is a gravel road coming to your neighborhood? » « How children learn science