We have entered a period in which democracy, with all that it connotes about respect for the rule of law and human rights, and that had been in decline in the US for some time, has rapidly degenerated, the label now merely a veneer slapped on an emerging autocracy. I share with commenter Smokey the concern that some of the things that I post under the category of humor are really quite terrifying. But I decided to go with the intent of the creator and if that person is a humorist, then humor it is. 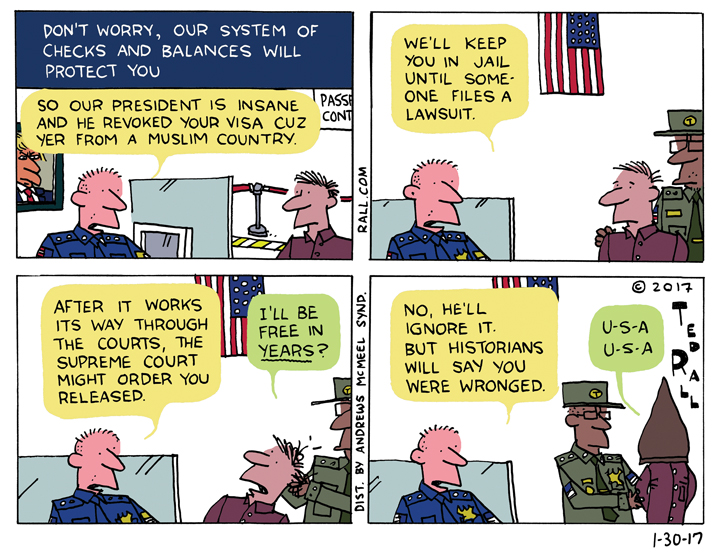 Donald Trump issued a surprise executive order banning the entry of Muslims from seven nations into the United States, creating chaos at airports around the world. The order may be unconstitutional – but the road to justice is long, clumsy and uncertain. 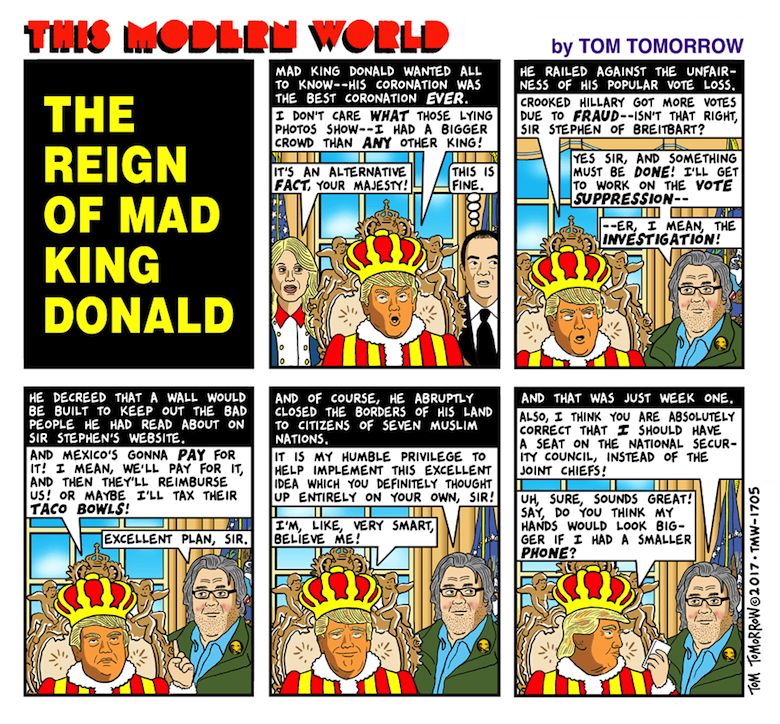