The Panama Papers has led to the resignation of the country’s prime minister but the government itself has refused to dissolve parliament and call for new elections, choosing instead to name a new prime minister from among their ranks. This is because the most popular party right now is the Pirate Party that has the support of 43% of the public, although it only has three seats in the current parliament. The two parties that make up the current government only get 29.5%. 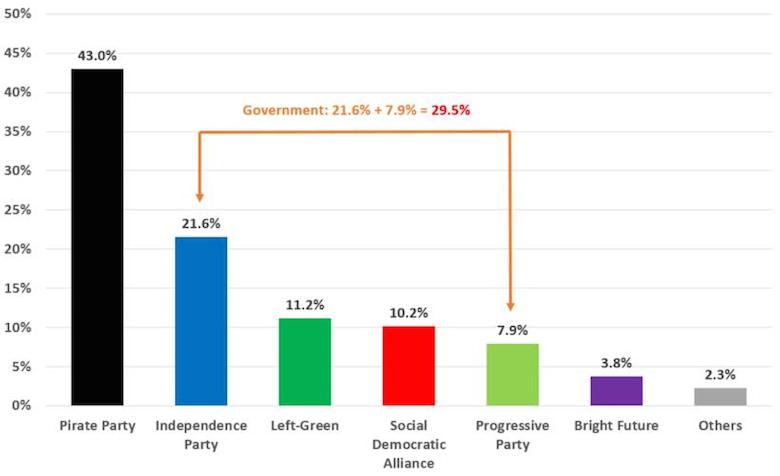 Four opposition parties have called for a no-confidence vote and it is being debated right now but the government is confident it can defeat it, since the ruling coalition currently has 38 of the 63 seats. [UPDATE: As expected, the government survived the vote 38-25.]

But there have been major demonstrations calling for the government to quit and even if they survive the vote, they may not be able to survive continued popular protests.

The Pirate Party stands for internet freedom and direct democracy and has, among other things, helped WikiLeaks and supported granting Edward Snowden asylum in their country.