I usually don’t watch the presidential primary debates, seeing them as a waste of time. But this time, I may watch some, especially the early ones, because they promise to be quite entertaining. I wrote before about the problem that the Republican party is having because the large numbers of declared and undeclared candidates (with estimated numbers running as high as 20) makes it logistically difficult to hold debates. 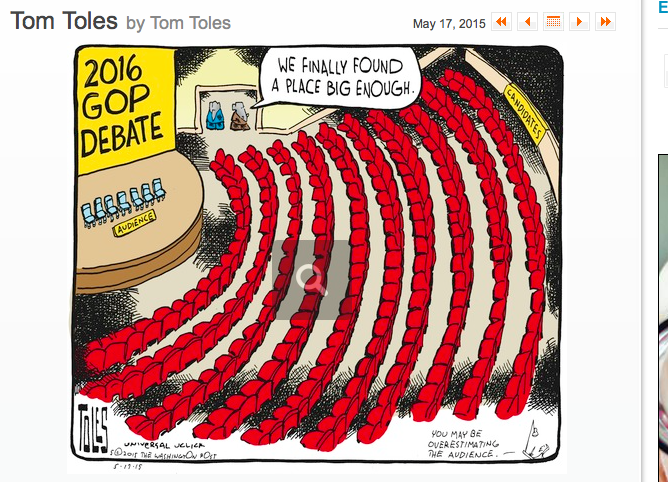 Whatever rule it imposes to limit the number is likely to provoke anger and controversy so the party has fobbed off the problem onto the TV networks that are the hosts of each debate and provide the questioners.

If you think about it, it seems odd at first for political parties to delegate a major part of their selection process to TV networks but since politics has become pretty much like a TV reality show or American Idol, perhaps it is fitting.

The first debate will be on August 6th in Cleveland and Fox News has decided that it will limit the number to 10 who will be invited based on the average of the five most recent national polls in the run-up to the event.

As for the second debate hosted by CNN on September 16, they will be have two debates on the same night, one immediately following the other, one for the top 10 candidates according to polling and the another for the rest, provided the latter get at least 1% in the polls and that participants “have at least one paid campaign worker in two of the four early voting states.” That is a pitifully low bar. The first debate will feature the minor candidates, somewhat like the preliminary bout in a boxing tournament before the big featured fight, except in this case the warm-up act promises to be much more fun to watch than the main feature since it will contain people desperate for attention and thus more likely to say outrageous things. The real winners of this process are the ones in the cartoon. 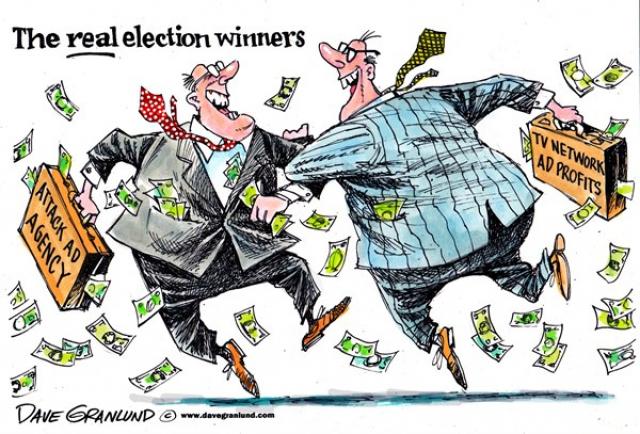 Although a large number of people are running for the Republican nomination, you can be sure that the party establishment will make sure that anyone they consider unelectable will get eliminated. Recall how in the 2012 race, the establishment managed to torpedo all the insurgent campaigns (Santorum, Cain. Gingrich) that looked like they might topple the person they preferred, Mitt Romney.

It is a little harder this time around because the flood of money into campaigns means that the far-out crazies can stay in the race much longer as long as they are sponsored by billionaires but I still expect the party to find ways to weed out people like Santorum, Jindal, Huckabee, Carson, Fiorina, and Cruz. This is too bad because these people are nuts (at least more so than the others) and it would be fun to see how extreme they will go in order to gain attention. The party will also try to get rid of Paul but that may be harder to do because there is a stubborn core libertarian bloc that will raise hell. I also hope that this time Trump actually runs because he is one of the craziest but I think he will drop out again at the last minutes after squeezing out the maximum publicity. 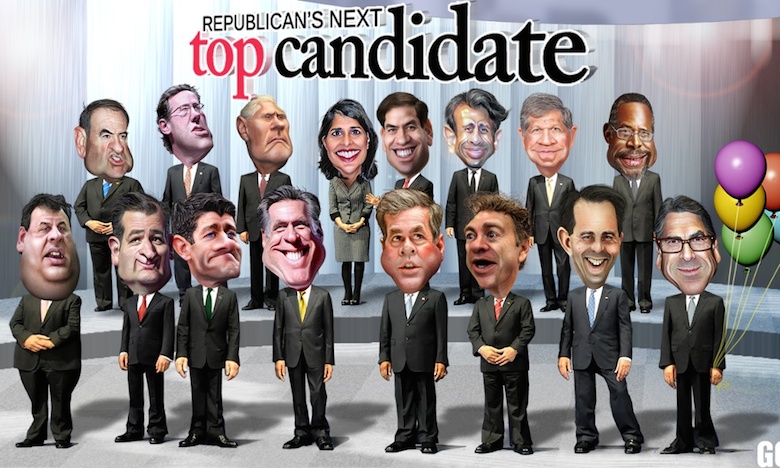 I think the party establishment would like to see just Bush and Walker and maybe Kasich seriously compete for the nomination as electable candidates. Rubio, Perry, Christie, Graham are not crazy enough to create serous public relations problems as the party nominee but are so weak as to doom the party from the start and thus undesirable. Christie especially has become seen as a delusional loser recently even by the newspapers in his home state.

The person who has the best chance of securing the nomination is the one who has the backing of both the establishment and the big-money interests and so my bet is on Jeb Bush.

Jeb Lund examines all the possible reasons why some of the candidates are even trying.

He then looks at each candidate and where they might fit into that list. It is a fun game!