I saw this photograph and it speaks volumes. This was taken in the parking lot outside the Twin Peaks restaurant in Waco, Texas following the shooting between rival biker gangs that began in the restaurant and quickly spread and in which nine people died, 18 were injured, about 150 people arrested, and hundreds of assorted weapons collected. 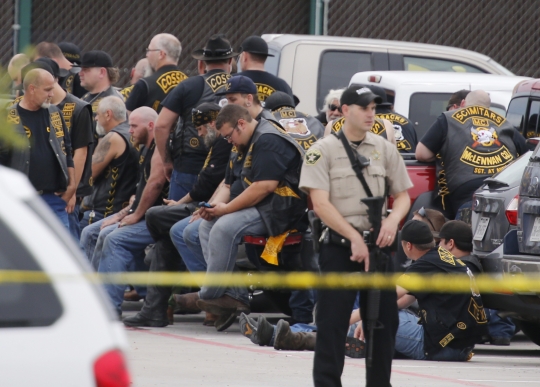 Note anything strange? It is that the members of the bikers gangs involved in the riot are just sitting or standing around, chatting or using their cell phones. The policeman, while armed, is without armored gear and helmets and seems unconcerned that his back is to this dangerous group.

Compare this to what happened in Baltimore when police were in full riot gear and it would have been unthinkable for them to let the black men there just chill with their buddies and their phones. 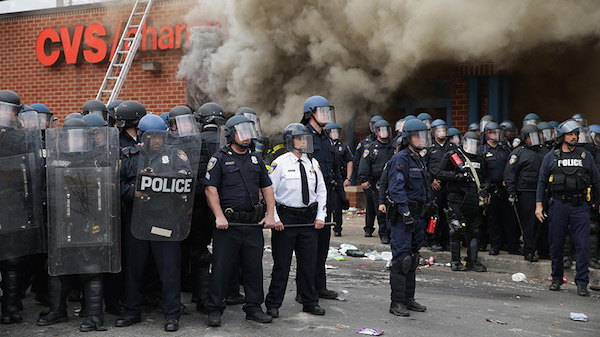 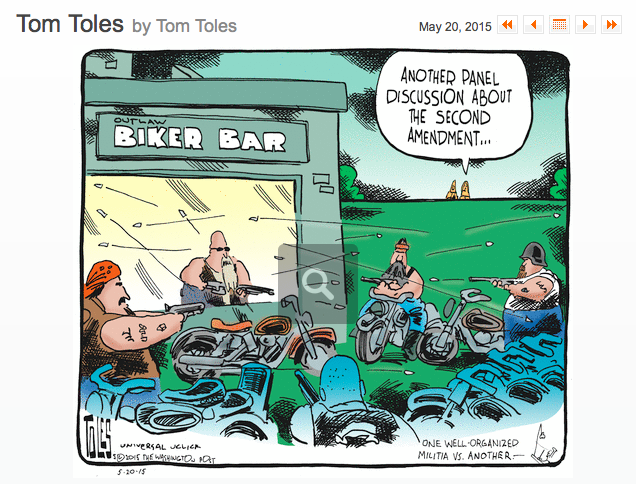 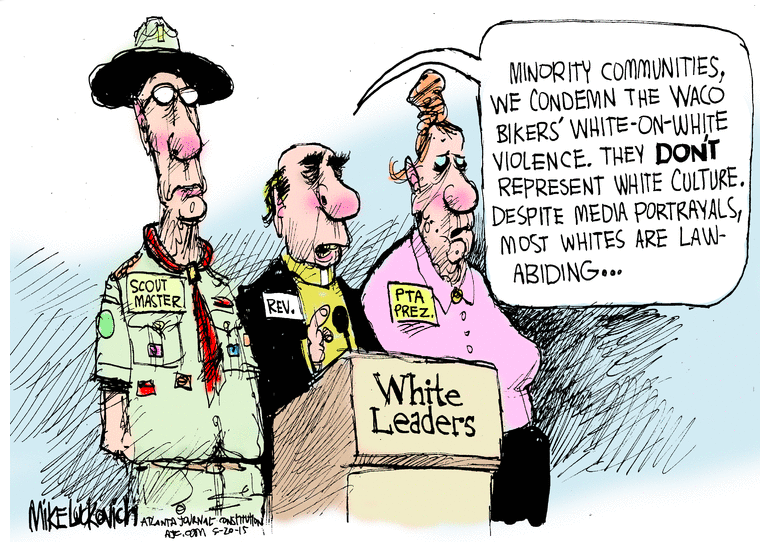